The suspect is being held after an attempted terror attack at New York City's main bus terminal has said it was in retaliation for US attacks on so-called Islamic State, US media say. Akayed Ullah, a 27-year-old Bangladeshi immigrant, was injured when a "low-tech explosive device" went off at the Port Authority terminal in Manhattan. 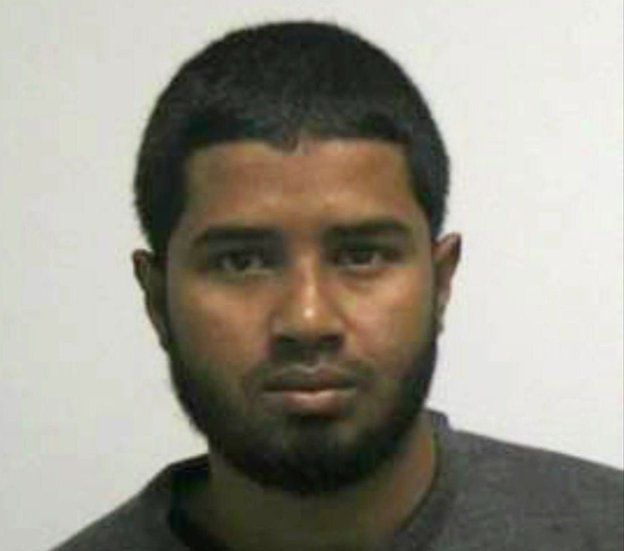 The suspect being held after an attempted terror attack at New York City’s main bus terminal has said it was in retaliation for US attacks on so-called Islamic State, US media say.

Akayed Ullah, a 27-year-old Bangladeshi immigrant, was injured when a “low-tech explosive device” went off at the Port Authority terminal in Manhattan.

Police say Mr Ullah chose the location because of its Christmas posters.

Three other people suffered minor wounds in the explosion on Monday.

Mr Ullah is reported to be in a serious condition in hospital after suffering burns when the device, which was strapped to his body, exploded in an underpass at the busy terminal.

He told police investigators he had been inspired by Christmas terror attacks in Europe and selected the Port Authority bus terminal after seeing a number of festive posters on the subway walls, US media report.

Mr Ullah said the planned attack had been motivated by US air strikes on IS targets in Syria and elsewhere, the New York Times reports.

A photo circulating on social media shows a man, said to be Mr Ullah, lying on the ground with his clothes ripped and lacerations on his upper body.

Who is the attacker?

He may have been recently working at an electrical company, according to the New York Post.

Mr Ullah emigrated to the US on a family visa in 2011 from the Chittagong area of Bangladesh. The Bangladeshi government says he had no criminal record in the country, which he last visited in September.

New York Governor Andrew Cuomo said: “This is New York. The reality is that we are a target by many who would like to make a statement against democracy, against freedom.

“We have the Statue of Liberty in our harbour and that makes us an international target.”

US President Donald Trump has said Monday’s attack, which followed a terror attack in Manhattan in October that killed eight people, “highlights the urgent need… to enact legislative reforms to protect the American people”.

“America must fix its lax immigration system, which allows far too many dangerous, inadequately vetted people to access our country,” Mr Trump added.

Earlier, White House spokeswoman Sarah Sanders said that if Mr Trump’s proposed immigration crackdown had already been in place, “the attacker would have never been allowed to come into the country”.

The explosion occurred at about 07:30 (12:30 GMT). Andre Rodriguez, 62, told the New York Times: “I was going through the turnstile. It sounded like an explosion, and everybody started running.”

Another eyewitness, Alicja Wlodkowski, told Reuters news agency she had seen a group of about 60 people running: “A woman fell. And nobody even went to stop and help her because the panic was so scary.”

Nearby subway stations were evacuated, and the Port Authority Bus Terminal temporarily shut.

It is the biggest and busiest bus terminal in the world, serving more than 65 million people a year.