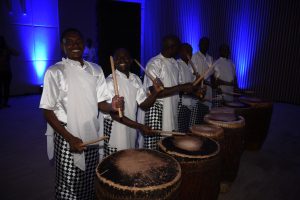 On a night of high drama in host city, Kigali, the Land of a Thousand Hills, East African countries were recognized and Rwanda ranked Africa’s Leading Destination by World Travel Awards that serve to acknowledge, reward and celebrate excellence across all sectors of the global travel and tourism industry.

The glittering event took place at the five star Radisson Blu Hotel & Convention Centre – one of the most recognized modern structures in Africa – alongside the Africa Hotel Investment Forum (AHIF) and AviaDev Africa, with hospitality leaders from across the region, in attendance.

Speaking during the ceremony Founder and President, Graham E Cooke, said: “It has been an honour to visit Rwanda for the very first time.

“We have recognized the leading lights of African tourism tonight and I wish to offer my heartfelt congratulations to all of our winners. Rwanda has proved a wonderful host for our Africa Gala Ceremony, cementing the country’s reputation as Africa’s rising star.” 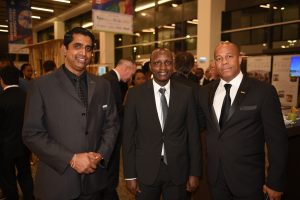 Guests at the awards

Winners from the event will go forward to complete in the World Travel Awards Grand Final, this year taking place at the JW Marriott Phu Quoc Emerald Bay Resort & Spa in Vietnam on the evening of 10th December.

The travel industry’s leading awards programme also unveiled the host of the 2018 World Travel Awards Africa Gala Ceremony as the Durban International Convention Centre. Conveniently situated in the heart of South Africa’s third largest city, this world-class facility was opened by former president Nelson Mandela in 1997 and has successfully staged some of the world’s most prestigious and complex events.