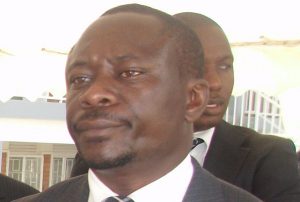 MPs have angrily attacked the Uganda communication commission for the continued suffocation of media houses which is costing government billions of revenue. The matter was raised by Buhweju county MP Francis Mwijukye who said that continued closure of media houses is a move gagging the media.

He described the raid on Red Pepper on 21st November 2017 where five directors and three editors were arrested and company sealed off saw phone and computers taken by Police as a move aimed at intimidating media and journalists at large.

He noted that when they raided Red Pepper, 370 phones were taken from staff, 100 computers confiscated and over 5000 people lost jobs.

Hon Medard Lubega Sseggona, the Busiro East MP   noted there is a high level of impunity among Uganda communication commission that should not be allowed to be implemented amongst Government institutions.

Sseggona revealed that UCC has refused to renew licenses of almost all media houses in the country, saying Government is using the method to gag media houses when it comes to critical issues and this is denying government revenue.

Mwijukye said that the attack on the media houses cannot be seen as an isolated case noting that even the editor of Monitor Charles Bichachi and the Editor of New Vision Felix Wasike are out on bail.

However, Busia municipality MP Geoffrey Macho rubbished Mwijukye’s concern wondering if it was in order for Parliament to discuss a matter that is before courts of law.

The Speaker of parliament Rebecca Kadaga asked Mwijukye to stick to matters that aren’t before court like the confiscation of phones and computers and asked the MPs to table the issue as a substantial motion for Parliament to debate and take a position on the whole sector.