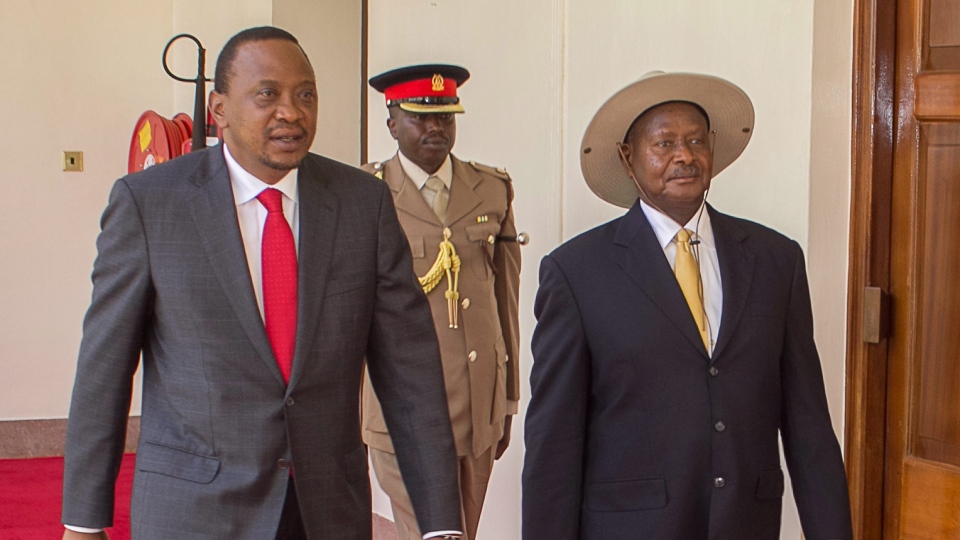 Ugandan President Yoweri Museveni will this week make a two days state visit to Kenya on Wednesday and Thursday for bilateral talks with President Uhuru Kenyatta.

He will be the first leader to visit Kenya after Uhuru was sworn in for the second and final term in office on November 28 in Kasarani Stadium.

Museveni who attended Uhuru’s inauguration, asked Kenyans to move on and develop the country.

“You can’t eat politics,” he said in Kasarani.

There have also been security issues involving Ugandan forces and Kenyans in Turkana, Migingo and Busia which need the attention of the two Hwads of state