Mawanda  was declared winner of the by election with 16,209 votes followed by NRM's Martial with 12,991 votes. Mr Katana K Benjamin came third with 1,477 votes followed by Forum for Democratic Change’s Christine Ninsiima Bekunika who got 497 votes. 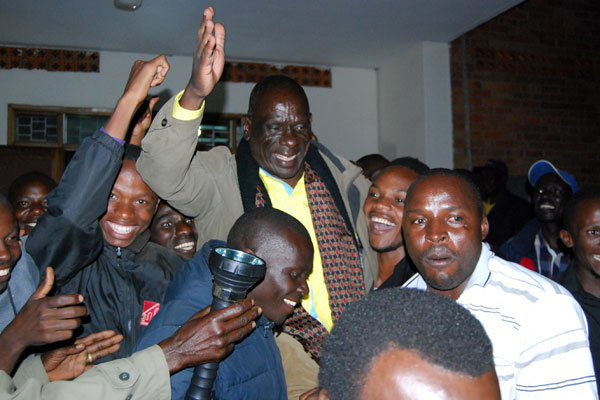 Mr Micheal Mawanda being lifted by his supporters at Bushenyi District council hall after being announced the winner of Igara East by-election.

Michael Mawanda, an independent candidate, was on Tuesday evening sworn in as the new MP for Igara East in parliament after winning the by-election held on 14th December

Court of Appeal in October 2017 nullified the election of Mr Andrew Martial citing voter bribery and uttering of defamatory statements in the 2016 general election.

Mawanda  was declared winner of the by election with 16,209 votes followed by NRM’s Martial with 12,991 votes.