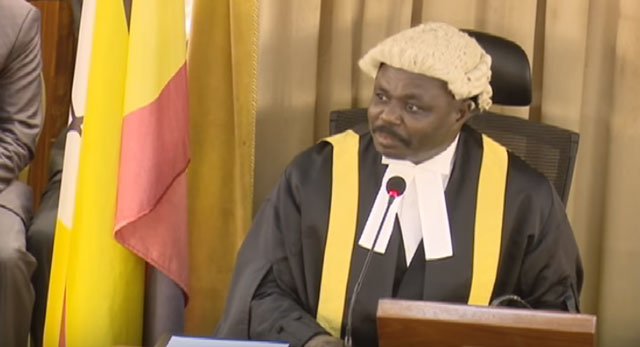 Government has earmarked 15 billion shillings for national tree planting activities this year according to the state minister for environment Hon. Kitutu Mary Goretti

Kitutu was speaking after the head of delegation to the 21st session of the framework convention on climate change Hon. Lawrence songa laid his report in the house on the summit held held in Paris last year

Hon Songa read the report urging the government and other stakeholders to participate proactively against climate change which the minister of state for environment Kitutu agreed on.

Deputy Speaker Jacob Oulanyah says the parliamentary commission will provide tree seedlings to all legislators and that they will be told when to plant by the National Forest Authority.

Oulanyah has also instructed the minister to present a substantive statement this Thursday on sand mining in Lwera wetlands which the Parliamentary committee on natural resources investigated in 2016.

The directive came after Hon Florence Namayanja asked government to report on the progress of implementing the parliamentary resolutions for various sectors citing the defiance by sand minors in Lwera wetland where mining of sand has resumed yet parliament had halted further activities in this area.

Government chief whip Ruth Nakabirwa promised to instruct the minister of environment to give parliament the action taken in response to parliamentary resolutions among of which is the halting of sand mining in Lwera.