British journalist Piers Morgan sat down with President Donald Trump in his first interview as President to an international broadcaster. Having caused a storm all over the world for his recent remarks on African countries and his strong border policy, it surely had no better timing to air this interview. 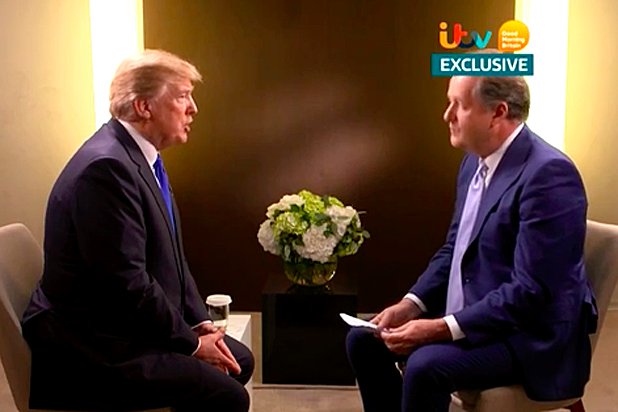 Donald Trump sits down for an interview with Piers Morgan

The interview was filmed in Davos Switzerland at the sidelines of the World Economic Forum. Speaking on a range of topics, he reaffirmed his strong relationship with Britain and also pointed out how he would have negotiated an EU exit deal different from Britain’s stand.  He further apologized for retweeting inflammatory videos posted by the far-right group Britain that caused a storm and a lot of condemnation from the UK and Muslim countries.

Don’t miss all the reaction from Twitter about this exclusive interview.
#TrumpMorgan Tweets