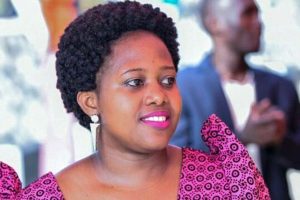 South African goverment has reportedly handed over Patrick Agaba also known as PATO, a key suspect in the murder of Susan Magara.

According to the Daily Monitor, Agaba, who was arrested in South Africa on 6th March 2018 on the request of Interpol, is suspected to have taken out of the country the Ugx. 700 million rasom paid by the late Magara’s family to the kidnappers to have their daughter released.

PATO was to be handed over to Kampala Metropolitan Police Criminal Investigations Commander Olal and Senior Superintendent of Police (SSP) Mark Odong on Thursday morning. The 2 then would travel with the suspect to Uganda Thursday Evening. However, by press time, Police Spokesperson Emilian Kayima, could not confirm that Agaba had indeed been handed over.

The 28-year-old Magara was working as the administrator for the family businesses as well as a cashier for Bwendo Dairy Farm in Hoima was kidnapped in Mengo as she left work to drive home in Lungujja on February 7.
She was held captive for three weeks, before being killed and body dumped in Kitiko Village between Kajjansi and Kigo along the Entebbe Express highway.

Preliminary findings indicated that Agaba travelled out of the country to South Africa on February 25 just days after the ransom money, believed to be over 700 million Shillings, was given to the killers. PATO is said to have tried out of the country using a forged passport under the name of Patrick Asiimwe.

Apart from video footage of Agaba passing through the airport, he was implicated by phone call exchanges between two other suspects Bob Kibirango and Ronald Asiimwe also known as Kanyankole.

Since the murder over a month ago, police and the Chieftaincy of Military Intelligence have been running investigations and more than eight suspects were arrested.

Most of the suspects arrested, including relatives of the deceased, were implicated by telephone call records.