Cristiano Ronaldo was spotted enjoying a romantic night out with girlfriend Georgina Rodriguez as the Real Madrid star continued to celebrate his team’s Champions League final success on Saturday. 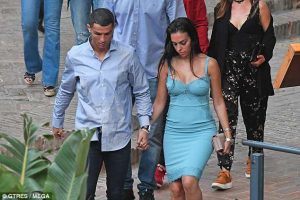 The forward played the full 90 minutes as Madrid beat Liverpool 3-1 to win the tournament for the third year in a row and has been given a few days to relax before heading to join his Portugal team-mates for their World Cup preparations. 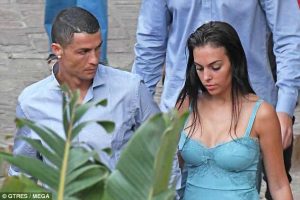 Ronaldo and Rodriguez looked dressed to impress as they stepped out for dinner on a sunny evening in Malaga on Wednesday night.

The couple, who have been dating for two years and had their first child together last year, attempted to keep a low profile as they headed into the smart restaurant holding hands. 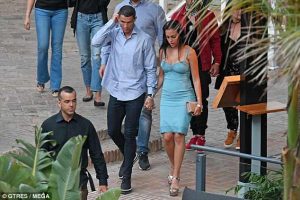 The couple, who had their first child together last year, did their best to keep a low profile

Ronaldo is set to join Portugal’s World Cup squad in the coming days as they gear up for this summer’s tournament in Russia.

Fernando Santos‘ men have been training at the Football City in Oeiras for the past week but Real Madrid’s European exploits took precedence for Ronaldo. 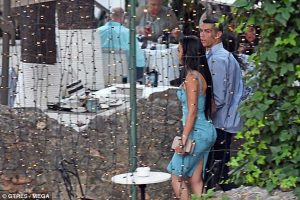 The European Championship holders played out a 2-2 draw with Tunisia in their first warm up match on Monday, letting a two-goal lead slip after Valente Silva and Joao Moutinho had netted.

They face Belgium and Algeria over the next eight days before heading to Moscow where they will kick-off their campaign against Spain in Group B on June 15 before facing Morocco and Iran. 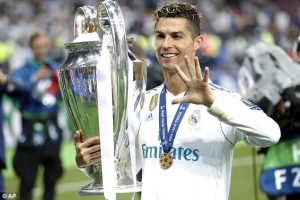 Captain Ronaldo will be crucial if they are to have any hope of going all the way, the skipper his country’s all-time leading goalscorer with 81 goals from 149 caps.