Captain Harry Kane will take the No 9 shirt, Raheem Sterling takes No 10 and Jordan Pickford is the No 1 as England’s squad numbers are confirmed for the World Cup in Russia.

All 32 nations have to confirm their squads on Monday and Gareth Southgate has assigned numbers ahead of the tournament.

Striker Jamie Vardy takes the No 11 jersey, while Marcus Rashford has No 19 and Dele Alli No 20. Youngster Trent Alexander-Arnold will wear the No 22 shirt.

Jesse Lingard will wear No 7, Danny Welbeck No 14 and Ruben Loftus-Cheek No 21. Of the defensive line, Kyle Walker gets the No 2 shirt, while anticipated right wing-back Kieran Trippier wears No 12. 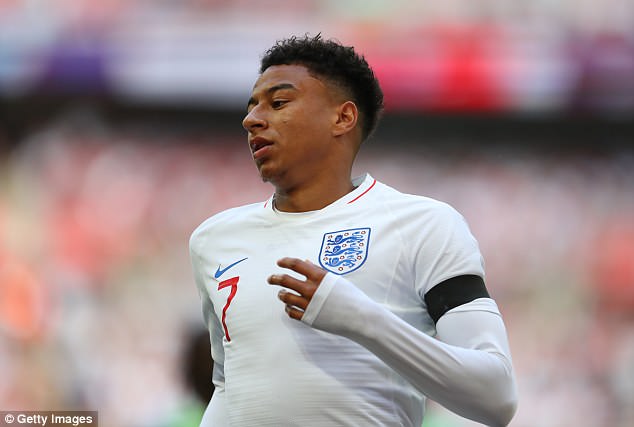 Centre halves John Stones has No 5 and Harry Maguire No 6 in what some will see as an indication of Southgate’s first-choice back line for the opening game against Tunisia on June 18.

Meanwhile, Gary Cahill has the No 15 shirt and Phil Jones No 16. Eric Dier, who is expected to play in central midfield, has No 4 and Jordan Henderson No 8. 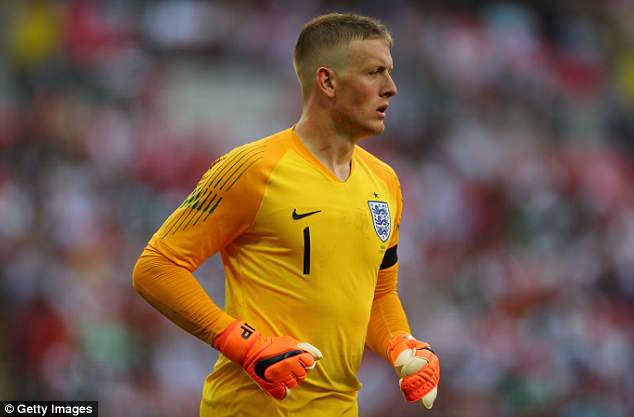 Everton stopper Pickford seems to be in pole position as he was handed the gloves for Saturday’s warm-up victory at home to Nigeria.

Pickford, 24, has just three senior caps but has been backed by Three Lions boss Gareth Southgate and now looks set to start in Russia.

Jack Butland and Nick Pope are England’s other goalkeepers for the tournament after Joe Hart, who featured in nine of the 10 qualifiers, was left out. 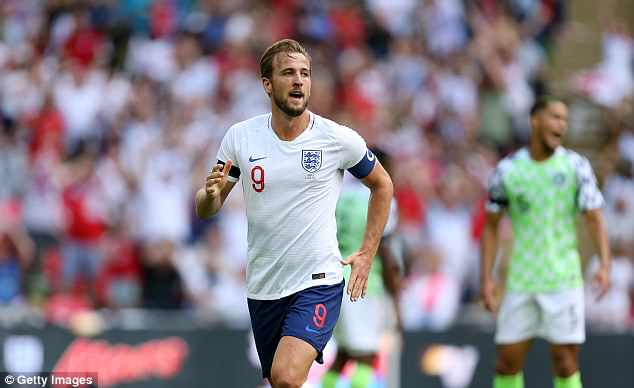 Captain Harry Kane will take the No 9 shirt

England now turn their attention to their final World Cup warm-up match against Costa Rica at Elland Road in Leeds.

They will be aiming to build on the positives from Saturday’s 2-1 Wembley win over Nigeria, in which Gary Cahill and Harry Kane scored.

From there, England will travel to their World Cup base in the town of Repino, near to Saint Petersburg ahead of their opening game against Tunisia in Volgograd on June 18.

They then play Panama in Nizhny Novgorod on June 24 and Belgium in Kaliningrad on June 28 as they aim to advance to the knockout stages.