Brazil concluded their World Cup preparations in style with a convincing victory over Austria in Vienna on Sunday afternoon, with the man everybody is talking about, the returning Neymar, again getting back among the goals.

Brazil concluded their World Cup preparations in style with a convincing victory over Austria in Vienna on Sunday afternoon, with the man everybody is talking about, the returning Neymar, again getting back among the goals. 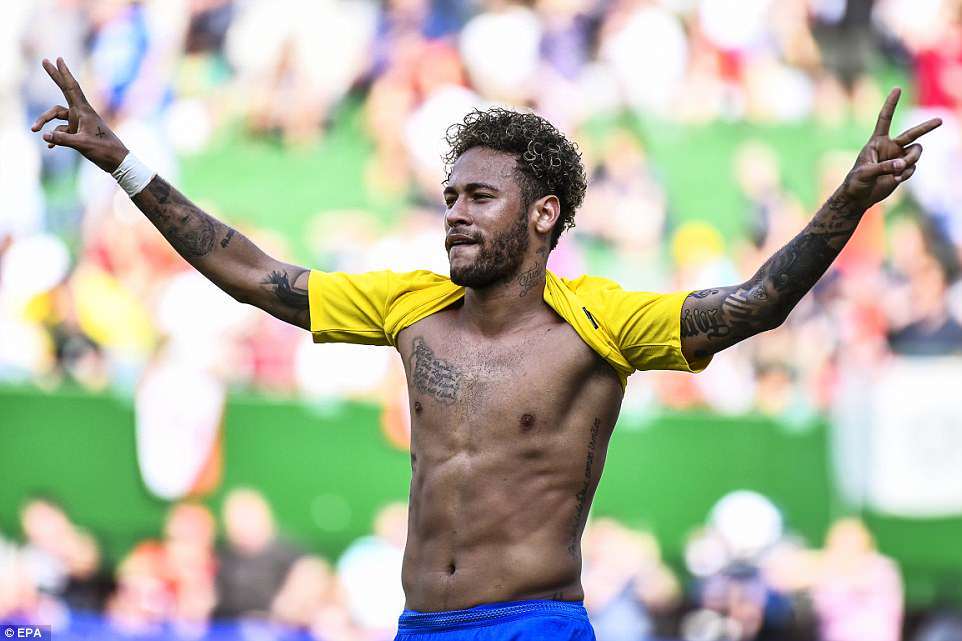 Making his first match start since breaking a bone in his foot back in February, Neymar was again got back on scoresheet

The world’s most expensive footballer is officially back with a bang, after missing the majority of the year so far through injury. His strike here in Vienna did not just confirm his return to the elite stage, but etched his name in Brazil’s record books. Now on 55 strikes for his nation, Neymar drew level with Brazilian icon Romario. Only Ronaldo (62) and Pele (77) now have more that the 26-year-old pin-up boy.

Manchester City striker Gabriel Jesus opened the scoring for the Selecao after captialising on a rebound from a long-distance Marcelo shot. 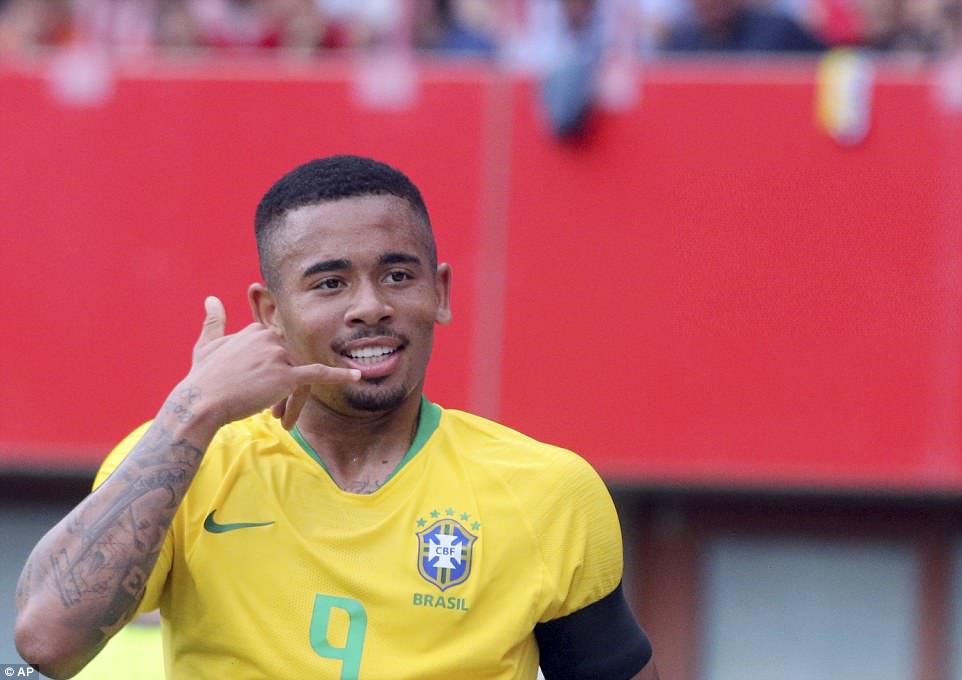 The fleet-footed forward picked up the ball inside the area, flashing a quick check to ascertain being onside, before expertly opening up his body to curl the ball into the far corner of the goal past the helpless Austria ‘keeper Heinz Lindner.

The Selecao were left to rue further missed opportunities until the moment many inside the stadium had been expected happened, late in the second half. 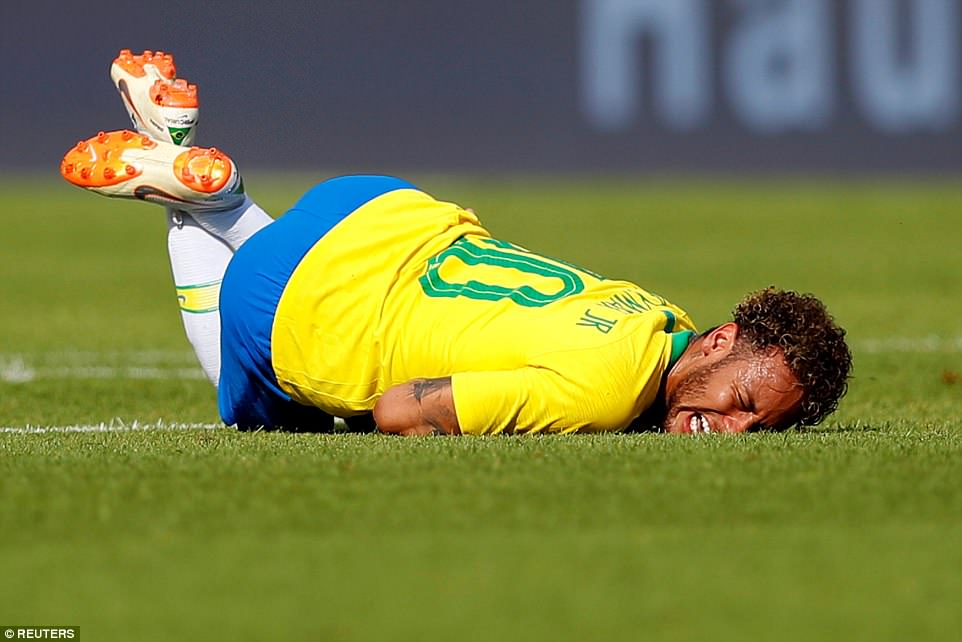 A driving run from Willian put the Austrians on the back foot before the Chelsea man expertly picked out Neymar, lurking inside the area, with a chipped pass.

ALSO READ: Tottenham step up their pursuit of Anthony Martial

Making his first start since breaking a bone in his foot back in February Neymar twisted and turned, jinking around his marker before dropping a shoulder to set the goalkeeper off guard. 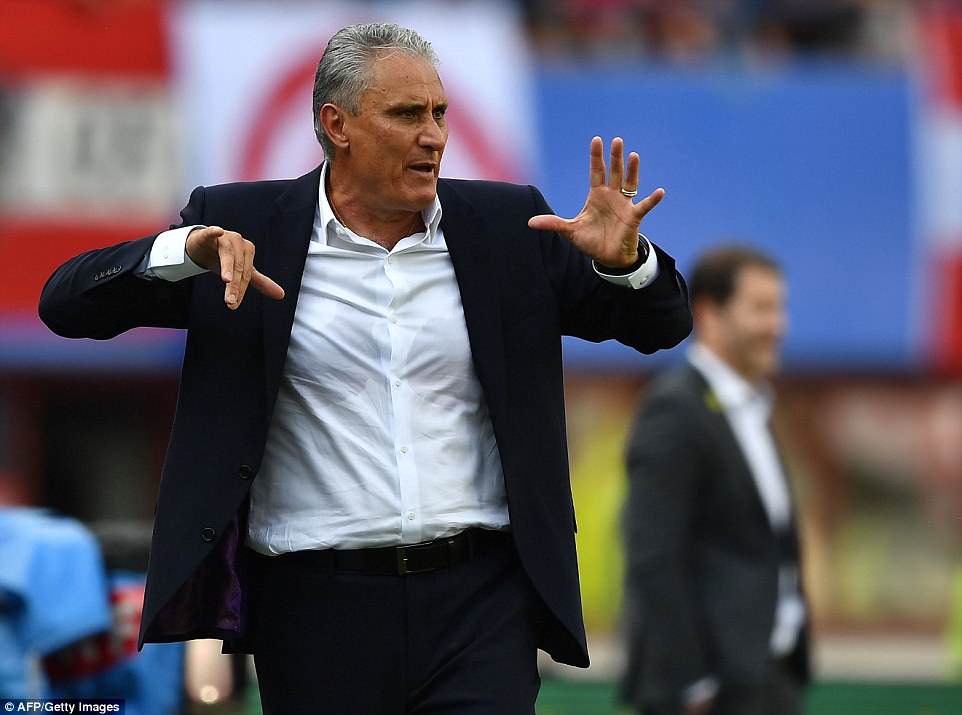 A clean sweep of the right foot and the ball was slotted home, with Brazil two goals to the good.

Moments later it was three, Philippe Coutinho getting in on the action after being played through on goal by his former Liverpool team-mate Roberto Firmino.

The playmaker enticed the goalkeeper off his line, before shaping up to dink the ball delicately into the exposed corner of the Austria net.

Firmino embraced his once Merseyside partner in crime as the duo sealed victory for Tite’s side, sending out a solid message to rivals ahead of the showpiece tournament in Russia. 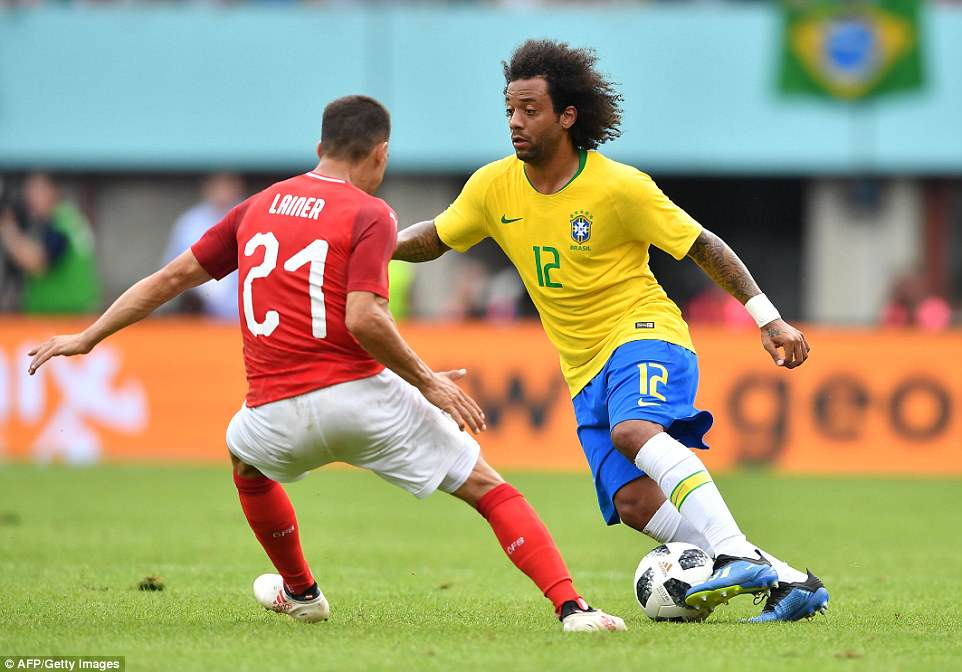 Brazil will take to the competition among the favourites, though must overcome Switzerland, Costa Rica and Serbia in order to progress from Group E into the latter stages of the tournament.

The Selecao haven’t lifted the famous trophy since their triumph in Japan and South Korea in 2002.

With Neymar back, and in such tantalising early form, the tides could be set to turn in favour of the South Americans once more.