Justin Kluivert has turned down a chance to move to the Premier League after securing a deal to join Roma.

Kluivert, who was heavily linked with a transfer to Manchester United, has made the move from Ajax to last season’s Champions League semi-finalists for £15.85m. 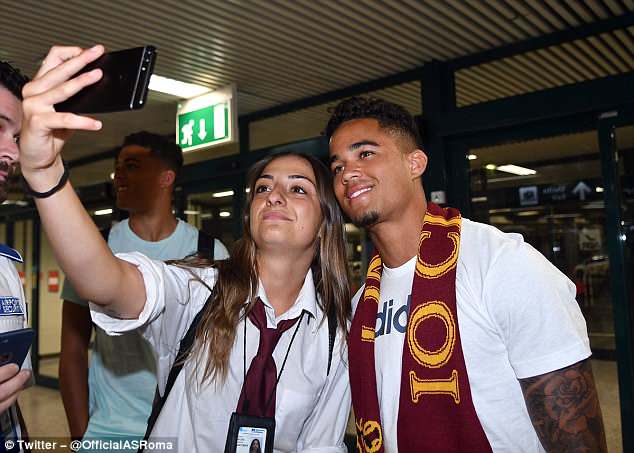 The 19-year-old was greeted by roughly 500 Roma fans at Fiumicino Airport on Monday evening. The club announced the news on their Twitter account.

He will complete a medical at Roma’s training facility on Tuesday before being unveiled to the club’s fans at the Stadio Olimpico.

Kluivert, who is one of three sons belonging to former Ajax legend Patrick, has been on the radar of a number of Europe’s top clubs for the last two seasons.

His father Patrick spoke as recently as last weekend about wanting his son to stay in Holland to continue his development.

‘I personally said to him maybe it’s better to stay one more year at Ajax, to make some kilometres, to be important for the team,’ Kluivert told ESPN.

‘He’s 19 years old. He’s still young, but he makes his own decisions, and as a dad, I have to stand behind all the decisions that he makes.

‘It looks like he’s going to leave Ajax. I think it’s 90 per cent sure that he’s going away.’ 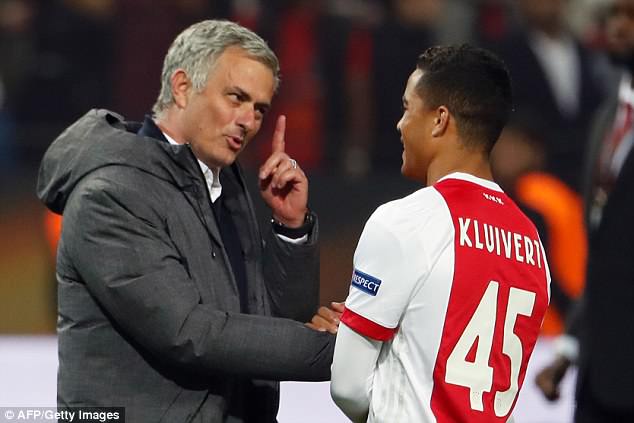 The move to Roma is a blow to United boss Jose Mourinho. Mourinho, a known admirer of Kluivert, had been interested in signing the youngster.

Mourinho was pictured giving him a hug after the Europa League final in which United beat Ajax 2-0 in Stockholm.  But a move to the Theatre of Dreams will, for now at least, not happen.

READ ALSO: I don’t know what I’m going to do – Zidane