Sarah Logan an Economist, at the International Growth Centre examines the economic context of Uganda's annual budget and the associated challenges. 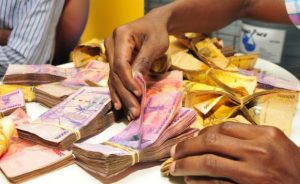 Member countries of the East African Community are preparing to simultaneously table the 2018-2019 Budgets in their respective parliaments. In Uganda, finance minister Matia Kasaija will present a 30.9 trillion Uganda shilling (USD$8 billion) budget. Sarah Logan an Economist, at the International Growth Centre examines the economic context of Uganda’s annual budget and the associated challenges.

What is the context in which this year’s budget is being tabled?

The Ugandan government is facing pressure to deliver on many fronts. Economic growth slowed in recent years, averaging 4.5% in the five years to 2016. That’s down from an average of 7.8% in the previous five year period. Curtailed growth was due to lower commodity prices. Uganda’s main commodity exports of coffee, cotton and copper all experienced diminished world prices.

Other contributing factors were an increased incidence of drought and the conflict in neighbouring South Sudan, Uganda’s main export trade partner. Relatively high population growth, averaging 3.4% in the five years to 2016, eroded much of the gains from economic growth in recent years, resulting in declining GDP per capita and increased poverty.

Constraints to growth and productivity remain notable, particularly in agriculture and manufacturing. These sectors are hampered by infrastructure gaps, high interest rates that have made borrowing expensive, and difficulties accessing high quality inputs. These constraints have had a marked impact on micro, small, and medium enterprises, which constitute 93.5% of Ugandan firms. Such limitations pose obstacles to achieving production at scale, which is needed for firm growth.

In recent budgets, the government has significantly raised investment in public infrastructure (notably in transport, works, and energy) to address these constraints. It’s also tried to cater for relatively rapid urbanisation. But long project timescales, poor project selection and execution, and absorptive capacity constraints mean that maximum gains from these investments have not been realised.

These investments have also necessitated greater government spending in recent years, financed by increased borrowing from both domestic and external sources. As a result government debt has grown to 38.6% of GDP, up from 19.2% in 2009. But debt remains within the confines of what is considered sustainable.

What are the most challenging factors heading into this budget?

International targets (where they exist) are also of limited value in guiding allocations as spending needs vary across countries and over time.

Another key challenge is how to fund the budget. The National Budget Framework Paper envisions both external and domestic borrowing, as well as the use of domestic tax and non-tax revenues. Government’s domestic borrowing has contributed to raising interest rates, making borrowing more expensive.

Consequently, a growing portion of government spending now goes on servicing its debt obligations, estimated at 12.3% of total revenues for 2018/19. In time, this figure should be lowered, thus opening up funds for spending on development priorities.

Domestic tax and non-tax revenues are generally a preferred source of budget funding as they do not incur debt. The contribution from these sources is expected to rise to 53% through anticipated improvements to tax administration and compliance. This is a positive sign.

What policy highlights would you want to see and why?

Continued investment in energy and infrastructure should be pursued, but it is necessary to improve the efficiency of these public investments. For example, up to 60% of the works and transport budget was reportedly not spent.

The government has recognised in its National Budget Framework Paper that issues around under-execution of development projects need to be addressed and it is working on ways to better allocate funds based on absorptive capacity. The government is also cognisant of the need to provide funds to cover operations and maintenance costs in coming years to slow infrastructure deterioration.

The government has acknowledged the need to raise the country’s tax to GDP ratio, which at 13.5% is relatively low. The Uganda Revenue Authority is exploring several avenues to improve tax administration and compliance.

More could be done to expand the tax base and minimise distortions through, for example, greater focus on value added tax – one of the more progressive tax instruments – rather than import tariffs. Imports are vital as inputs for manufacturing, and restrictions on imports reduce firms’ productivity and competitiveness.

Rwanda’s experience with raising value added tax through mandatory usage of electronic billing machines is valuable in this regard.

How are Uganda’s growth prospects looking?

In coming years, GDP growth is set to accelerate as recent and ongoing public inves begin to yield returns.