When it came down to that last one, when England were one penalty kick away from a World Cup quarter-final, we peered, a nation anxious to see who would step forward from the pack. Jamie Vardy, who takes them for Leicester, was unused. Jesse Lingard had apparently been banging them in during practice. Walking towards the end lousy and noisy with yellow shirts …Eric Dier.

When it came down to that last one, when England were one penalty kick away from a World Cup quarter-final, we peered, a nation anxious to see who would step forward from the pack.

Jamie Vardy, who takes them for Leicester, was unused. Jesse Lingard had apparently been banging them in during practice. Walking towards the end lousy and noisy with yellow shirts …Eric Dier. 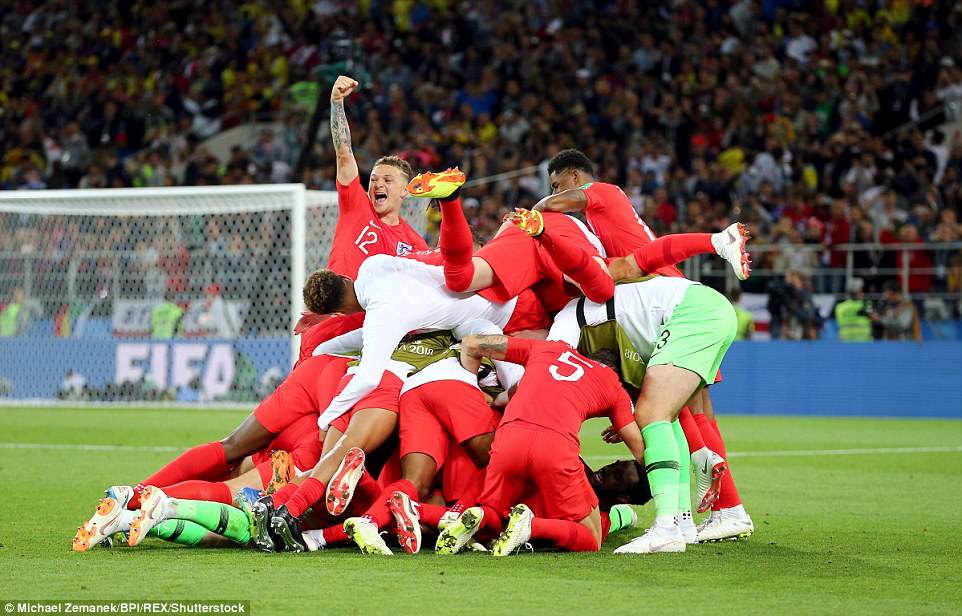 Dier, a defensive midfielder or centre-half, fifth at best in the penalty ranks at his club, Tottenham. Dier, ordinary against Belgium in his only start of the tournament. Dier, who had a pass completion rate of less than 25 per cent in his first 24 minutes on the field here.

Dier? Anchor man penalty taker? Dier? Have we taken leave of our senses? Apparently not. Gareth Southgate, more than any England manager, knows the agony of the shoot-out. That was one of the reasons he had his squad going through the routine, day after day, in training. With hindsight, why did we ever doubt? 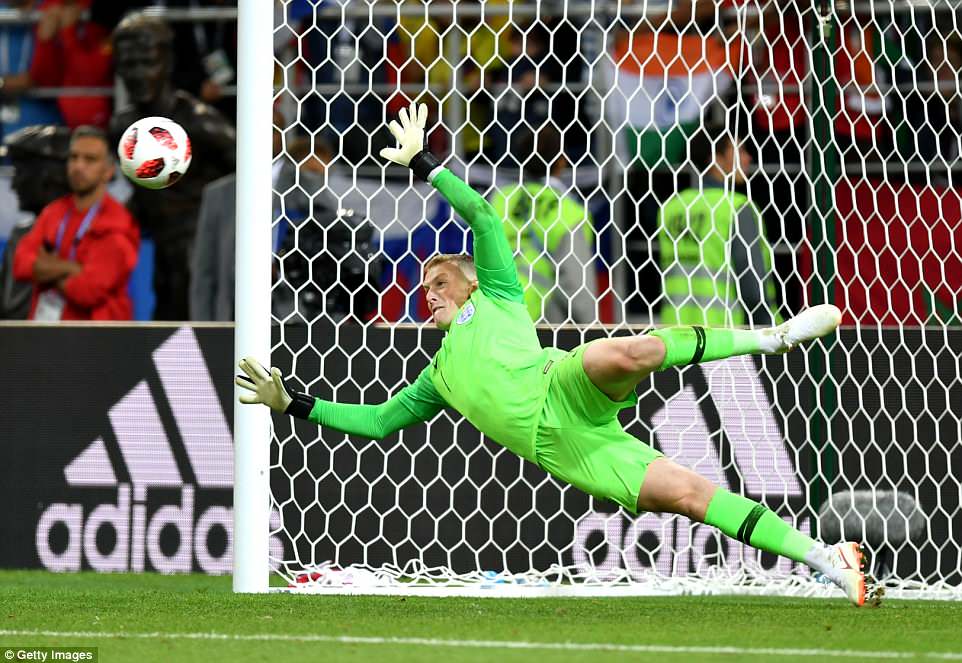 Jordan Pickford dives to save Carlos Bacca’s penalty in the shootout, a stop which gave Dier the chance to win it from the spot

If Dier was the man to hold his nerve, there must be reason, some numbers, some profiling to back that up. Now let’s be truthful. It wasn’t the cleanest. A bit scuffed and Ospina got a hand to it. But not enough.

There it was, in the net. There England were: in the quarter-finals. And all down to penalties. Not just the shoot-out, but the one Harry Kane scored that should have put England through in normal time. The penalty that took what seemed like forever. 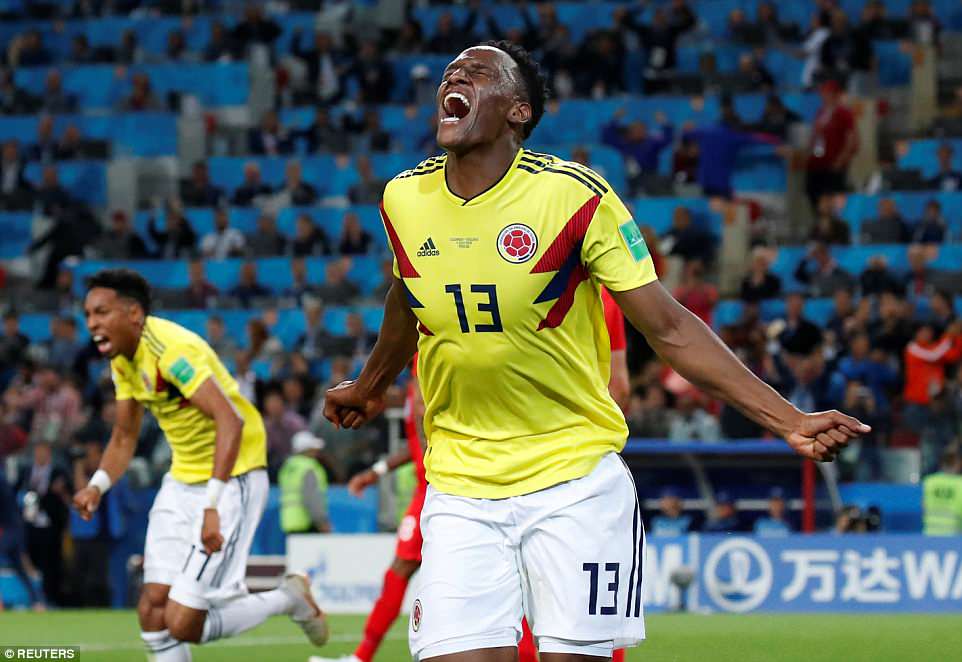 Southgate is coming off like Yoda at this World Cup. Even when he loses, he wins. And when Dier nailed that winning penalty, he became the only England manager ever to emerge victorious from a shoot-out at a World Cup. Considering his back story, this was redemption.

Three penalty finales, three defeats: that had been England’s story until now. From here, whatever this competition holds for this young side, there will be the belief they can cope. Even if it goes to penalties; especially if it goes to penalties. The Germans went home at the group stage, and England have started winning shoot-outs. From here, pretty much anything can happen. 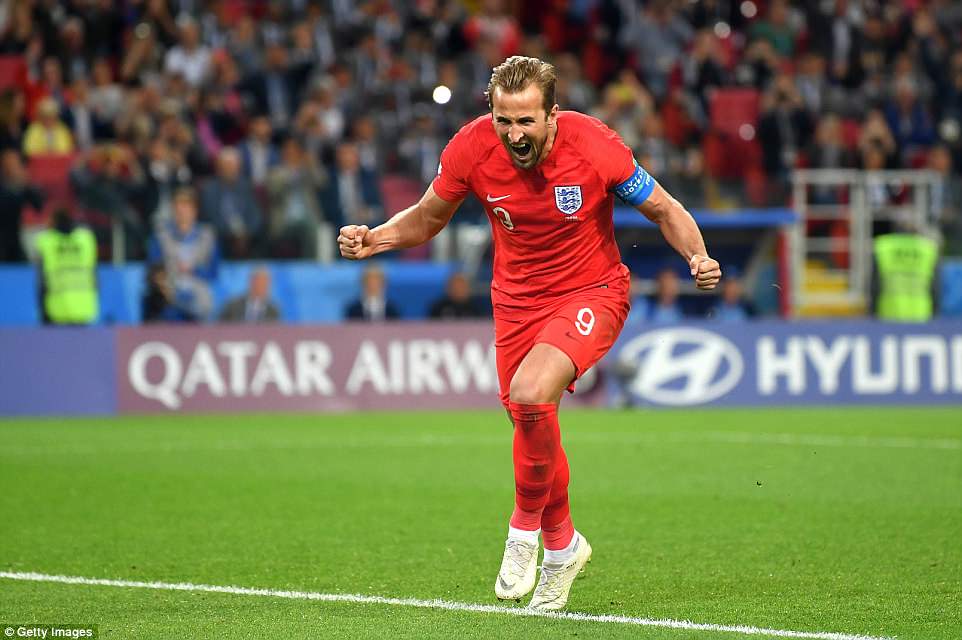 This is a moment in time; a moment when the cards are falling England’s way. Sweden are a well-organised team that defeated Italy in a play-off, then battled their way out of Germany’s group and through a knock-out game with Switzerland. So respect is due.

Yet, it cannot be forgotten that at the quarter-final stage it was envisaged England might meet one of either Brazil or Germany and would then go home – if they even got that far. A match-up with Sweden for a place in the last four? Come on, an opportunity like this may never open again. At worst, England have a puncher’s chance; at best – well, better not to even go there.

When Jordan Henderson’s third penalty of the shoot-out was saved by Ospina, it looked as if Southgate’s group were about to embark on a familiar path, the nation the same. More torture; more heartbreak; more wry songs making light of pain and hurt, to mask how we really feel.

But this night was different. Mateus Uribe and Carlos Bacca missed for Colombia; Kieran Trippier scored for England and suddenly victory was a shot away. Yet here’s the bizarre thing. It might not even have been the most nerve-shredding penalty of the night. At least Dier got his over quickly. 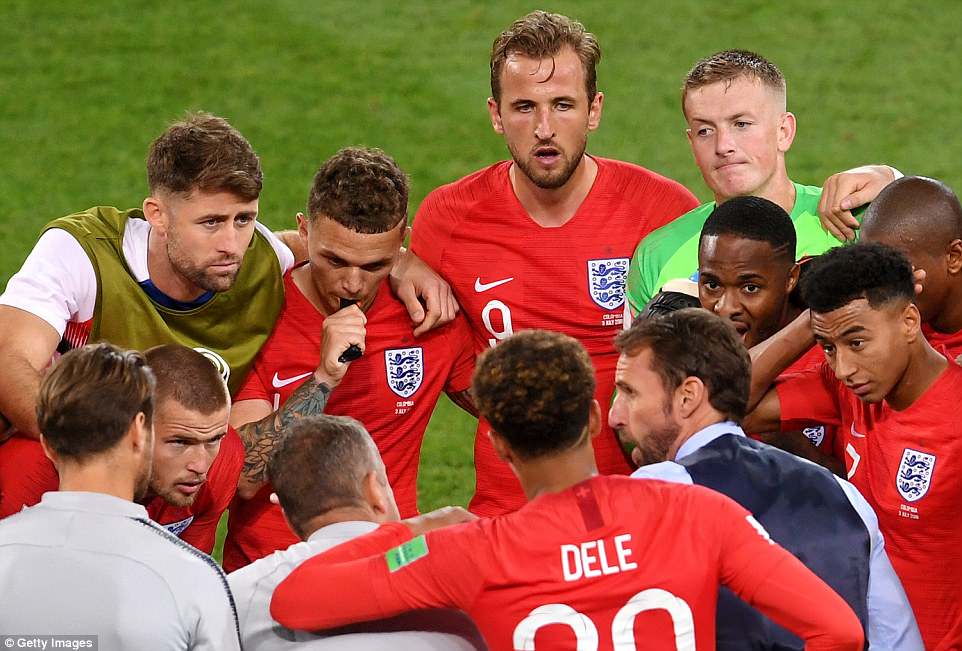 That is a lot of time for a young man to think. Not about himself, for in these moments, individual awards such as a World Cup Golden Boot are a trifle. This was time to think about his team-mates, his country, everyone whose kindness and guidance had brought him to this point.

About the nation watching, at home. About kids in school looking up to him. And yes, it’s only a game of football. But for three minutes and 31 seconds it must have felt like the world.

In the time elapsed between referee Mark Geiger pointing to the spot, and Kane converting the penalty that should have brought England victory in normal time, Kane must have tried to disappear into his little bubble of familiarity. Tried but, probably, failed. Mayhem was unfolding around him. 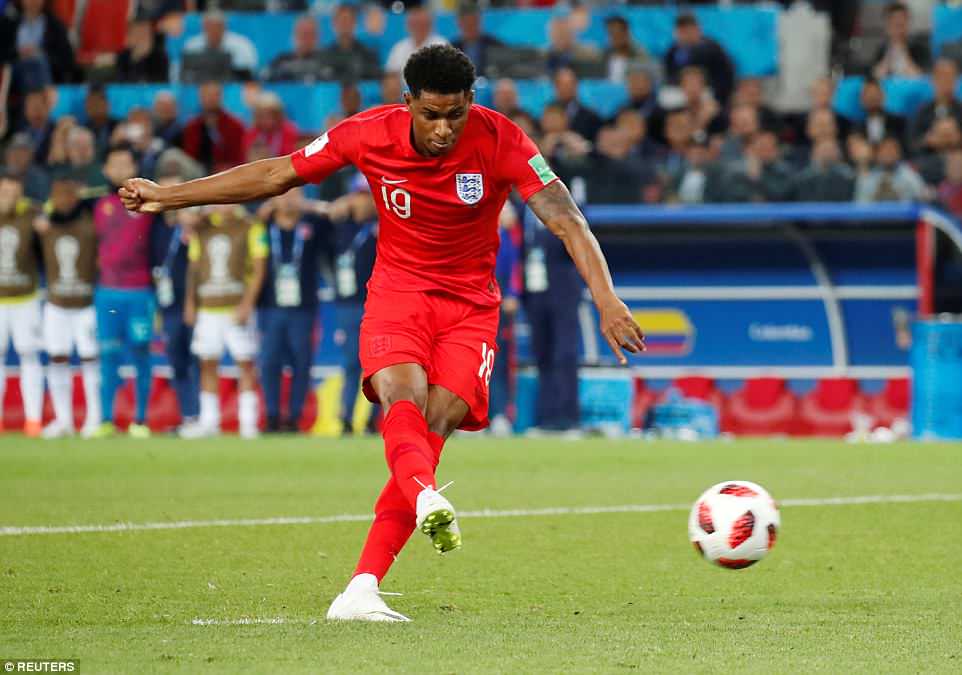 When Kyle Walker gave the ball away and Colombia broke in the 81st minute, there would have been a collective national scream. Juan Quintero fed Juan Cuadrado on the overlap – one of those Colombians with a score to settle against the English game – but his shot was snatched and flew over.

Changes were made, the tension increased. It felt as if it was happening. The chance of lifetime. Almost too much to bear: and then it was snatched away, as every England fan feared. 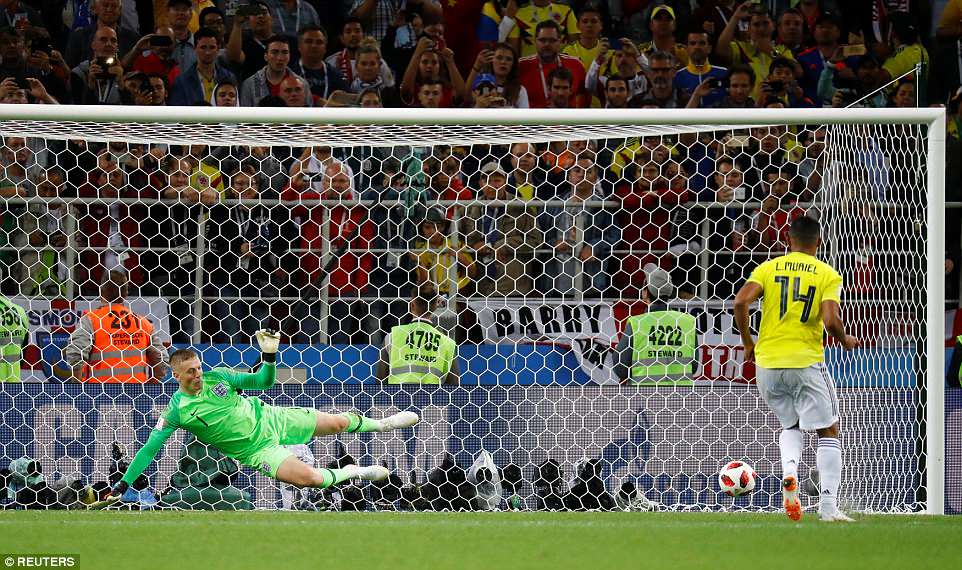 Uribe hit a shot from range that Jordan Pickford tipped wide magnificently. A Colombian corner. England could handle those, surely. Up came Ospina, against the judgement of the bench – particularly when Colombia have players the size of Yerry Mina on hand.

He was the target, and he was the man the corner found. He outjumped Harry Maguire and headed the ball down. It reared up and was misjudged by Trippier on the line, his header only helping it on his way. Colombia were level, against the odds. Yet for England it felt painfully familiar. In the first-half of extra time it looked as if there would only be one winner: and it wasn’t the team in red. 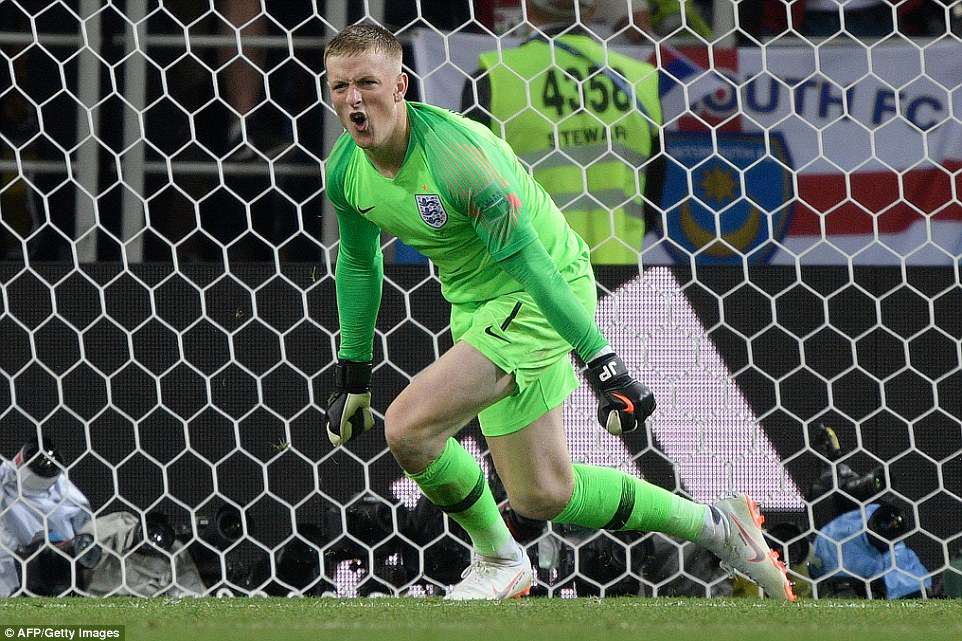 Yet justice, over the full expanse of the game, prevailed. Colombia’s Wilmar Barrios was very lucky not to be dismissed for a butt on Henderson just before half-time. Geiger showed him a yellow card, probably the first time that has been considered the correct punishment for such an offence. 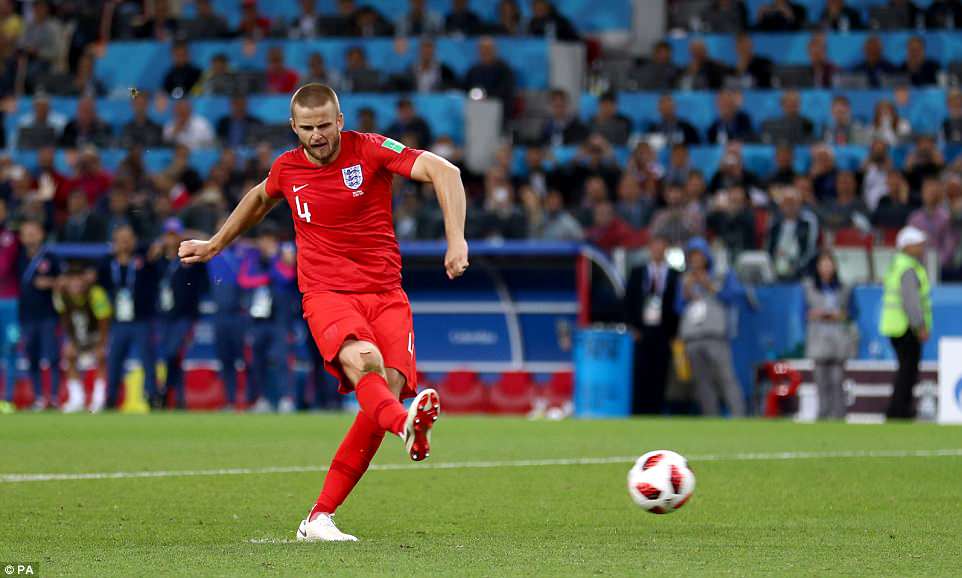 As they left the field for half-time, Barrios shook Geiger’s hand, and thanked him. A Colombian coach deliberately shoulder barged Raheem Sterling. It was a rather unpleasant scene and England were sucked into it at times. Colombian players made a meal of every challenge, but then Maguire dived, too. He could easily have been booked had Geiger spotted that. 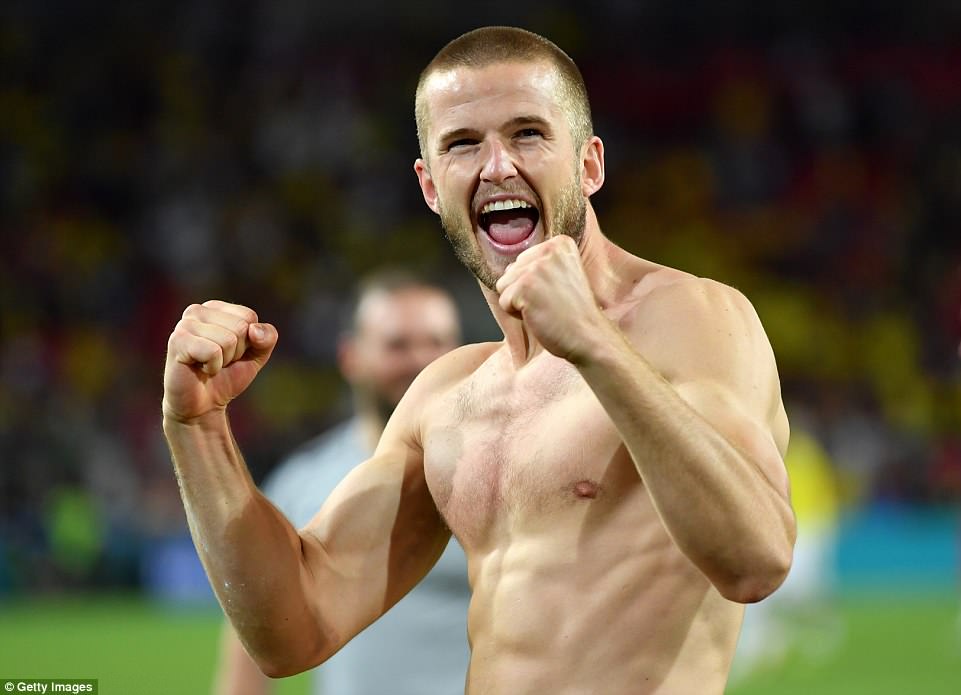 Cameos from the shoot out? Well, Pickford’s save from Bacca obviously – and Marcus Rashford’s penalty. He has never taken one at senior level but he was second up here, England 2-1 down, smashing the ball left as if he was messing about with his mates. Credit Southgate’s influence there, too. This is a rare spirit England’s manager has engendered. Where it will take him from here, we can only dare to imagine.