Modi’s visit is intended to strengthen the ties between Uganda and India that were damaged during Idd Amin’s regime as well as removing the imbalances in trade between the two countries. 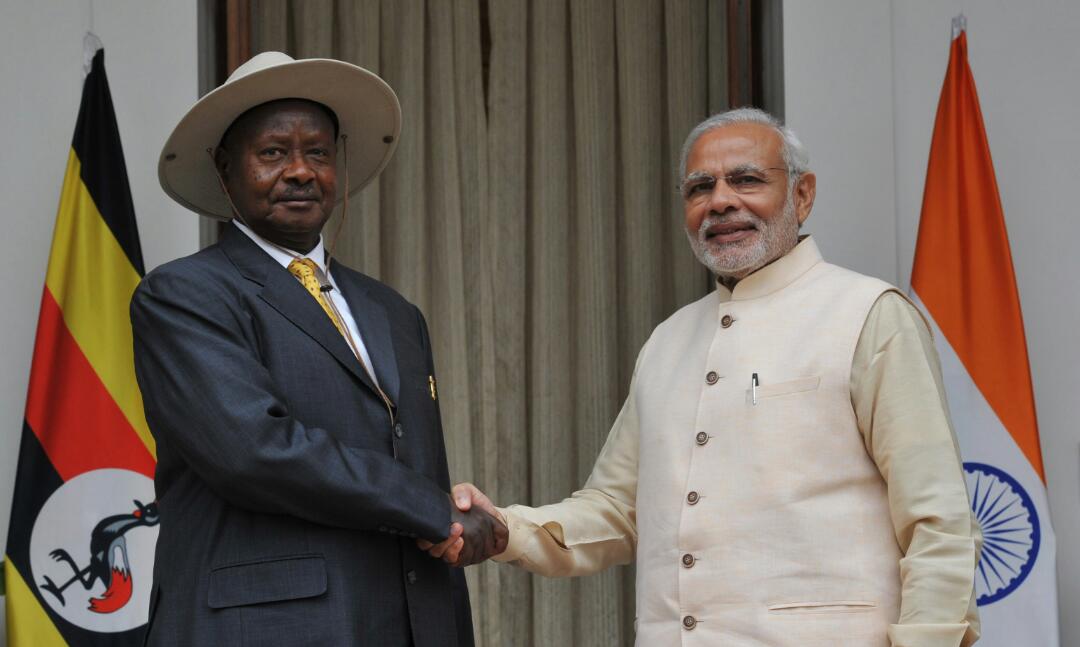 According to the ministry of Foreign Affairs Permanent Secretary, Ambassador Patrick Mugoya, the discussions will entail the signing of memoranda of understanding (MoU) in areas of cooperation between Uganda and India.

“It is an important visit in the Uganda-India relations at the highest level,” Mr Mugoya said told daily monitor.

The major imports from India to Uganda are pharmaceuticals, veterinary products, oils, distillation products, electrical, iron and steel, stationery products, among others.

A credit sum of $141m (Shs523b) for extension of electricity lines and construction of substations, and $64m (Shs237b) for agriculture and diary production as a way of mending the bi-lateral relations of the two nations.

Mr Modi will then, in the evening, address and engage the Indian community of over 1000 people in Uganda at Kololo Independence Grounds.

Before departing to South Africa, Mr Modi will speak to the India-Uganda business forum at Kampala Serena Hotel and afterwards address Parliament.