The Mendocino Complex Fire, made up of two separate conflagrations that merged near Ukiah, north of Sacramento, exploded by 25 percent overnight and had blackened nearly 400 square miles as of Sunday morning, the California Department of Forestry and Fire Protection said.

Through last week, California fires had torched about 290,000 acres (117,300 hectares), more than double the five-year average over that same period, according to Cal Fire

“The Mendocino Complex Fire has charred more than 254,000 acres, making it the fifth largest blaze in California’s history,” AccuWeather said on its website. “Firefighters will continue to face local gusty winds and building heat this week.”

The Mendocino is one of 17 major wildfires burning across California that prompted U.S. President Donald Trump on Sunday to declare a “major disaster” in the state, ordering federal funding to be made available to help recovery efforts. 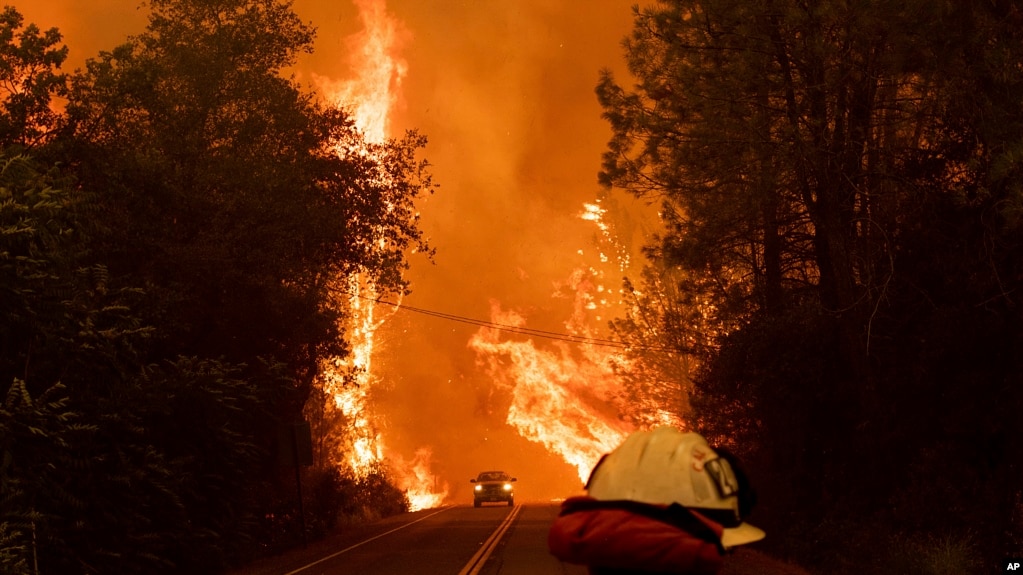 “Assistance can include grants for temporary housing and home repairs, low-cost loans to cover uninsured property loses and other programs to help individuals and business owners recover from the effects of the disaster,” the White House said in a written statement.

The PG&E Corporation said on Sunday that a 21-year-old apprentice lineman, Jay Ayeta, had been killed when his vehicle crashed in western Shasta County as he worked with crews in dangerous terrain to battle the nearly two-week-old Carr Fire.

Ayeta was the seventh person to die in that blaze, which has scorched more than 154,000 acres in the scenic Shasta-Trinity region north of Sacramento, including two young children and their great-grandmother whose home was overrun by flames, a resident who authorities said refused to leave his home despite evacuation orders, and two firefighters.

Firefighters had managed to contain 41 percent of the Carr blaze by Sunday, and authorities were letting some evacuees return.

“Fire season is really just beginning. What seems like we should be in the peak of fire season, historically, is really now the kind of conditions we’re seeing really at the beginning,” he said.

Through last week, California fires had torched about 290,000 acres (117,300 hectares), more than double the five-year average over that same period, according to Cal Fire.