Soumaila Cisse who is Mali’s top opposition leader has made it clear that he would reject the election results which he described involved accusations of fraud, violence and low turnout.

Ballot counting was conducted yesterday across the vast West African country where one poll worker was reportedly killed and hundreds of stations closed due to insecurity. 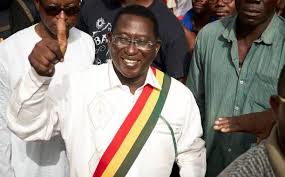 Cisse said at his party’s headquarters in Bamako that they will not sit and listen rather urged the masses to rise against dictatorship and fraud.

“The fraud is proven, this is why there are results we will not accept,” Cisse said at his party’s headquarters in Bamako.

“I call on all Malians to rise up… We will not accept the dictatorship of fraud,” he added.

But Cisse’s team and other opposition contenders have repeatedly accused the government of fraud, including ballot-box stuffing and vote buying.

However the African Union (AU) election observers said the voting was carried out “in acceptable conditions,” in a preliminary report published Monday.

At this stage there is “no tangible element” pointing towards voting irregulariities, the observers said, congratulating the Mali government for its efforts to improve the voting process and noting a drop in the number of untoward incidents in  the second round of voting.

The European Union also said that in the 300 polling stations its observers visited, no “major incident” occurred.

Nearly 500 polling stations were unable to open on Sunday, the government said, mostly in regions plagued by jihadist violence and ethnic tensions.

“We had a little over 3.7 percent of stations which had not functioned properly” during the first round on July 29, Salif Traore, Mali’s security minister, said on Monday.

The figure fell to 2.1 percent of the 23,000 polling booths in Sunday’s runoff vote, which Traore said was due to the deployment of more military.

The overseer of a polling station in Arkodia, in the northern region of Timbuktu, was shot dead on Sunday by armed Islamist militants, local officials said.

Aside from this “dramatic case,” the government said the poll occurred without incident.

Turnout however was just 22.38 percent, local monitors of the POCIM (the Mali Citizen Observation Pool) said.

Six members of the opposition campaign team, including four French, were arrested on Sunday, the team and Traore, the minister of security, said.

Five of the six were released without charges after being held for two hours in a Bamako police station, a source close to the team said. Their phones and laptops were seized.