Kyadondo East MP Robert Sentamu Kyagulanyi is set to appear along with his international lawyer Robert Amsterdam to brief US and international journalists on his experience, the developing situation in Uganda, and plans for the international response on Thursday, September 6 at 10:00 in Washington DC.

The popular Ugandan MP flew to the US three days ago to receive specialized medical treatment after allegedly being tortured by Ugandan security operatives after he was arrested by the Government for involvement in the stoning of President Museveni’s lead car in the recent Arua by-election. Giving an account of the torture he endured in a statement released on his social media accounts, today’s presser will look to set the record straight on the many events that have happened since his arrest. 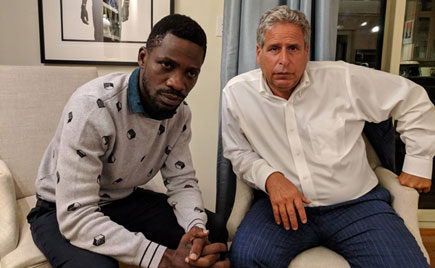 Protests recently broke out in different areas in Uganda and all over the world over the detainment of Bobi Wine and other colleagues as the Government continued to deny any wrong doing in the arrest of the MP and his other colleagues. After being granted bail, it took vigilance and mass condemnation to let the legislator seek treatment abroad as per granted by his bail terms.

The press briefing will take place on Thursday, September 6 at the National Press Club  on Thursday, at 10:00 in Washington DC and 5:00 Kampala time and will be streamed live across the world through his official website.

Watch the live-stream below