Lewis Hamilton took a giant step towards winning a fifth world championship with victory in the Russian Grand Prix.

Lewis Hamilton took a giant step towards winning a fifth world championship with victory in the Russian Grand Prix.

Hamilton benefited from team orders as Mercedes told his team-mate Valtteri Bottas to let him pass-by at half distance to protect against rival Sebastian Vettel, something Hamilton is not happy with. 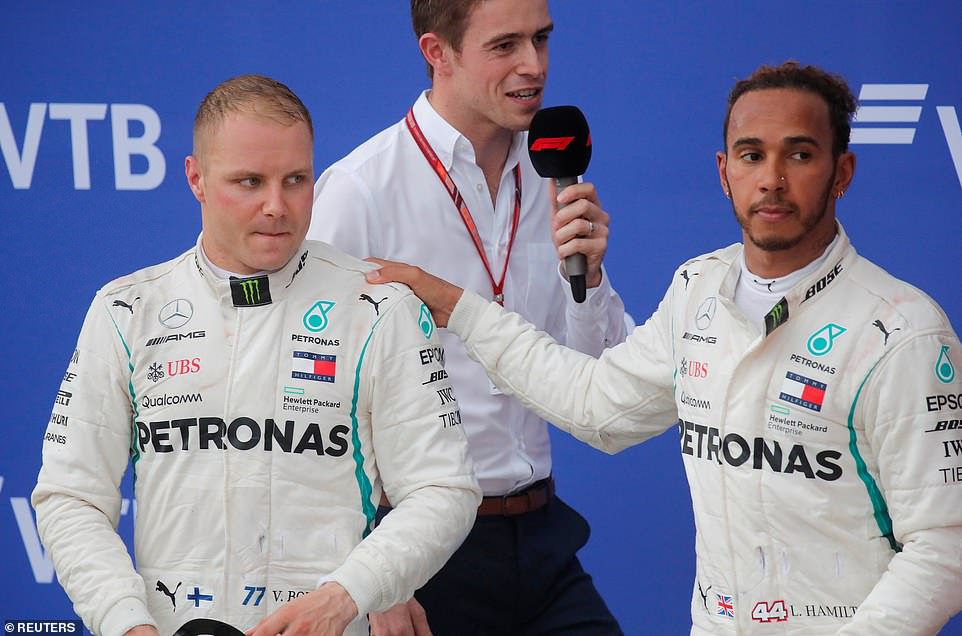 Bottas, who had captured a superb pole on Saturday and was searching for his first win of the season, was asked to cede the lead to Hamilton with less than half of the race completed as the Silver Arrows looked to inflict maximum damage on Vettel and Ferrari in the title race.

The Finn selflessly obliged, sacrificing personal glory for a result that not only ensured Mercedes retained their 100% record in Sochi, but allowed Hamilton to stretch his championship lead over Vettel, who came home third, to a massive 50 points.

But Hamilton had to overtake Vettel on track to get into a position to benefit from the orders after being passed at the pit stops.

The Briton is now 50 points ahead with 306 points a lead that means Vettel who finished third with 256 points no longer controls his own destiny as the four-time champion could win the remaining five races but still finish second in the standings.