Moses Golola, a Ugandan kick boxer will return to the ring tomorrow (Saturday) in a fight with fellow Ugandan Umar Semata at Freedom City in the night.

The fight was approved by the Uganda Kick-boxing Federation earlier on with all eyes set on Golola as the favorite winner of the fight. 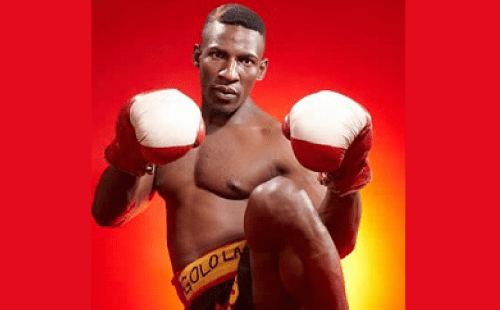 Golola has won 36 of his 41 fights losing only four.

The fight is said to end Golola’s carrer at the domestic level as he plans to shift the curve to foreign fights and building the academy.

The fight is set to attract majority of the viewers due to many curtain-raiser contests between various boxers from across the region.

The two will fight for a possible five rounds with the game set to be played under the International Kick-boxing Federation (IKF) rules.

The last time Golola fought at Freedom City against Abu Kikenwa  and emerged as the winner.The gets 10million Uganda Shillings while runner up go with 4million Shillings.