Japan and Qatar have secured qualification to next year's FIFA U-20 World Cup after claiming quarter-final victories at the AFC U-19 Championship on Sunday.

Japan and Qatar have secured qualification to next year’s FIFA U-20 World Cup after claiming quarter-final victories at the AFC U-19 Championship on Sunday.

In the day’s first quarter-final at Indonesia 2018, Qatar became the first Asian side to book their place at Poland 2019 after a thrilling 7-3 extra-time win over Thailand.

Qatar went into half-time with a two-goal lead after strikes from Hashim Ali and Nasser Al Yazidi. Thailand, however, hit back with three second-half goals, and just as it looked like they were about to secure qualification to their maiden U-20 World Cup, Qatar’s Ahmed Suhail grabbed an equaliser on 87 minutes to send the game to extra time at 3-3. 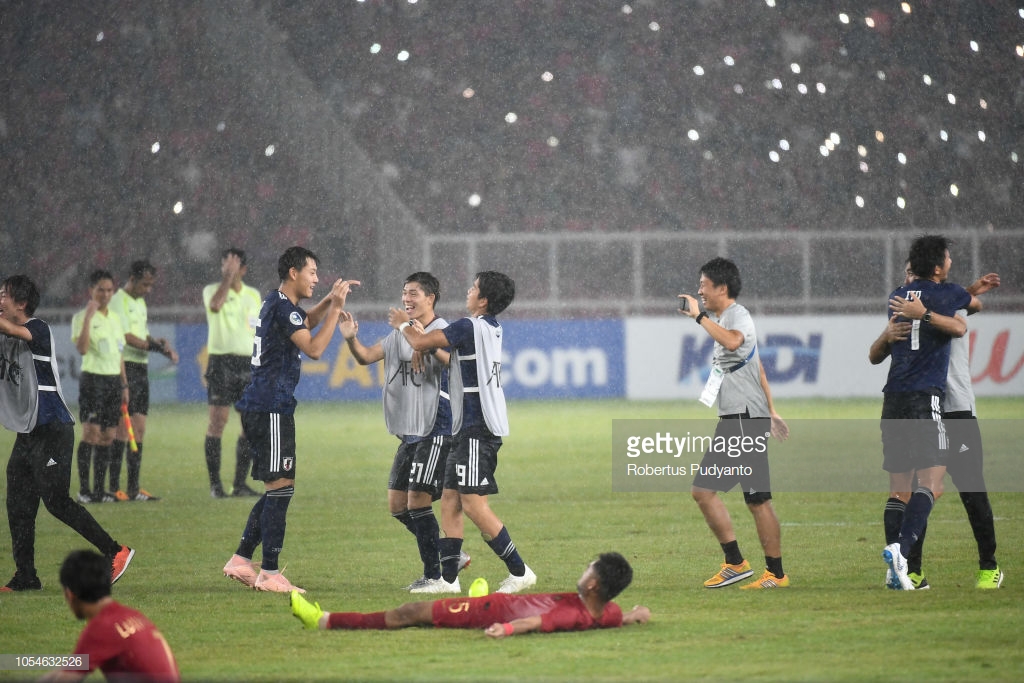 It was in extra time that Qatar found the net four more times, with Abdulrasheed Umaru bagging a brace, while Khaled Mansour and Youssef Ayman also got on the score sheet. The result ensured Qatar will make their fourth appearance at a U-20 World Cup next year.

Japan followed Qatar’s achievements by securing their tenth appearance at a U-20 World Cup with a 2-0 victory over hosts Indonesia in their quarter-final clash.

Playing in front of a passionate crowd of 60,000 at Jakarta’s Gelora Bung Karno Stadium, it was the Samurai Blue that claimed the edge five minutes before half-time through a sensational long-range strike from Shunki Higashi. Any hopes that Indonesia had of turning the match around ended on 70 minutes when Taisei Miyashiro doubled Japan’s advantage.

With all four AFC U-19 Championship semi-finalists qualifying for Poland 2019, two more nations from the AFC will book their passage to next year’s global finals. On Monday, Korea Republic take on Tajikistan in their quarter-final match-up, while Saudi Arabia meet Australia in the day’s other last-eight contest.

The 2019 U-20 World Cup will take place from 23 May to 15 June. Along with hosts Poland, Italy, Portugal, Ukraine, France and Norway will be the European representatives at the tournament, while OFC nations New Zealand and Tahiti previously booked their berths at next year’s competition.