Minister of State for Planning David Bahati yesterday chaired the Ministerial consultations (January and early February 2020) on the draft third National Development Plan (NDP III) 2020/21- 2024/25 which is expected to be finalised by June 2020. 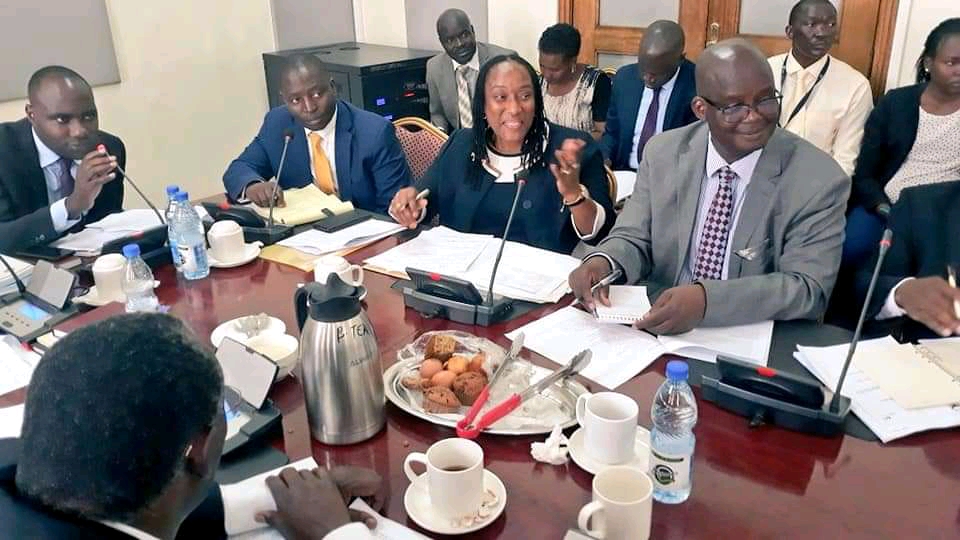 Bahati in during meeting

A total of 20 national strategies and 18 national programs have been articulated under each of the five NDP 3 objectives for the achievement of the overall goal.

NDP III is introducing Program approach to focus on delivery of common results, aligned with Program Based Budgeting that is already operational.

There will also be an increased role of the State for purposes of investing strategically more so in infrastructure and human capital development.

More focus will also be on digitalization for efficient delivery of services as well as introduction of the Parish model to bring Government services and support nearer to the people.

According to NPA Chairperson Prof. Pamela Mbabazi some of the challenges that NDP III is expected to fix include: The inadequate creation of jobs, dependence on rain fed agriculture and inadequate investment in the productive sectors of the economy such as agriculture and manufacturing.

The Strategic direction of NDP III was approved by Cabinet in September 2019.

Bahati said basing on the lessons learnt from NDP 1 and 2, government proposes that NDP 3 focus should be on increasing household incomes and improving the quality of life of Ugandans as the overall goal.

“Industrialization should be the vehicle for generating inclusive growth, employment and sustainable wealth creation,” said Bahati.