By Kusiima Treasure Peter on November 4, 2020

The Police have arrested 30 people in an operation that was conducted on Saturday evening in the city suburbs. 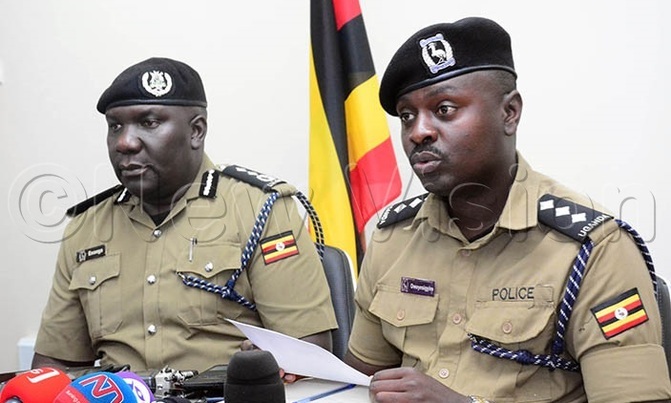 Owoyesigyire said all the suspects belong to a group that operates under the name Magic17 and their sole objective is to disrupt activities in the city center.

Speaking to the media in a telephone interview, Owoyesigyire said: “We recovered dangerous objects, which the suspects were planning to use to disrupt nominations,”

“Basing on our findings, these people were planning to use this to disrupt the nomination exercise. We were able to recover bottles, knives, 200 tyres and petrol,” Owoyesigyire said. He said the 30 are in Police custody and will be charged in court as soon as investigations are complete.

Owoyesigyire said the Police are committed to reducing anti-social behavior through joint initiatives with other security agencies.