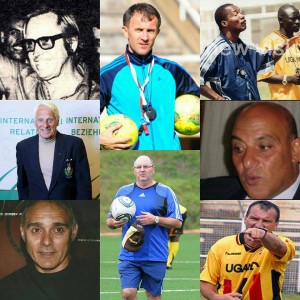 At first glance, the Federation of Uganda Football Association’s(FUFA) decision to sack national team coach Robert ‘Bobby’ Williamson on March 8,2013 appeared to be smart. Little wonder therefore that it won gushing support from many soccer fans.

In their statement, FUFA said the federation’s emergency committee had taken the decision in compliance with the terms of Williamson’s employment contract and other relevant labour laws of Uganda.

This termination brought to an abrupt end four years and eight months of the Scottish coach on the job. During this period, Williamson won the regional Cecafa Senior Challenge four times but failed to take the national team, Uganda Cranes, to the Africa Cup of Nations. FUFA found this record unsatisfactory.
It would appear the Scott’s fate was sealed after the Uganda Cranes lost 2 – 0 to Liberia on March 24, 2013 in the World Cup qualifier game played in Monrovia. This left Uganda pegged at the bottom of group J, with two points from three games.

While I don’t dispute the move, I believe FUFA did not act when they were supposed to. Uganda failing to qualify for the African Cup of Nations (AFCON) in 2012 was just enough to end the contract. Yes, someone might mention the expenses FUFA could have incurred from such a contract breach. However, FUFA’s technical committee should have anticipated such a scenario in drawing the contract.

On Saturday, October 8, 2012, FUFA did not need much convincing to sack the national football team coach by then Booby Williamson. They would have been in effect responding to a public outcry ,

FUFA hurriedly appointed  the 43-year-old Milutin ‘Micho’ Sredojevic to  fill the position that was vacant since  April 2013 and signed a two-year contract with the Cranes. However Micho, had been sacked by Rwanda a month before.

Micho’s  appointment since then  has not  changed anything. Ugandan continues to suffer at the hands of so many teams including a home defeat in 10years and a subsequent failure to qualify for African cup of Nations in Equatorial Guinue 2015.

Replacing a national team coach is not enough to deliver success for The Cranes; here are other pertinent issues of administration that should be addressed.
FUFA needs to embark on a football development path that ultimately puts local technicians in charge of the game.

There is need for grassroots structures, like youth development schemes, revamping of women’s football and bringing government on board to support football, especially financially. Support and promote the National football league by attracting sponsor and organize refresher courses for local coaches.

If these issues are not tackled, firing a coach or hiring a new one might not make a difference. We must also consider how effective such a coach would be in developing football given the environment.
Consider the last AFCON finals in January 2013, where Nigeria emerged champions. Steven Keshi, the coach who led the Eagles to success, is Nigerian. In addition, Ethiopia in the same year was  ranked 107 in the FIFA rankings and Uganda 92nd, but this didn’t stop their local coach Sewnet Bishaw from leading the team to the finals, something Uganda has not managed since 1978.
Indeed many countries, Uganda inclusive, didn’t make it to the AFCON finals in South Africa, despite having foreign coaches.
Imagine the same employment terms given to Mr. Williamson and now Micho  were given to a local coach, what would the results be? Just like a foreign coach, a local coach should be offered a big salary, housing allowance and transport. With that we can expect results.

The future of Ugandan football lies in investing in football management and development right from the grassroots level.
There is nothing wrong in seeking coaching expertise abroad but our strategy should always be to develop our own tacticians.
The FUFA administration must think long term. If the decision makers are persons seeking popularity or money, then football development will suffer.

Here is a collection of foreign Uganda Cranes Coaches since 1965

The Cranes over the years Kampala today