By Kusiima Treasure Peter on November 4, 2020

During the inspection, NDA officials discovered that people in Karamoja were using tetracycline capsules to treat Newcastle disease in chicken. 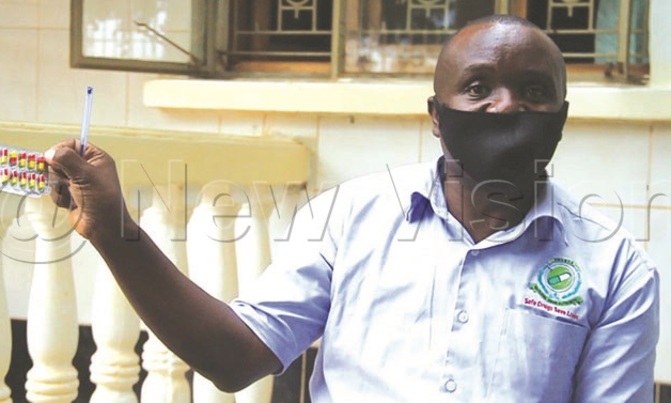 During this exercise, 21 non-compliant outlets were closed and 30 boxes of assorted drugs from 14 outlets impounded.

During the inspection, NDA officials discovered that people in Karamoja were using tetracycline capsules to treat Newcastle disease in chicken.

Tetracycline is an antibiotic used to treat diseases such as pneumonia and other bacterial infections in humans.

They were informed that the Karimojong open the capsules, mix the contents with water, and inject the animals.

“This is a growing practice in the Karamoja sub-region, which we discourage,” Dr Bernard Sibwomu, the inspector of drugs (veterinary), from NDA’s head office, said during a press conference in Lira.

“In some places, they concoct agrochemical products as veterinary drugs, so we had to check to ensure that our animals are safe from these products,” he said.

Esero commended distinct veterinary officers for their contribution towards improvement in compliance. Some of the issues relating to non-compliance include unqualified attendants, sale of expired drugs, storage of vaccines in faulty refrigerators as well as sale of unregistered drugs.

Esero expressed concern that when the markets are open, some people move around hawking drugs, which is not allowed.

David Kaggwa, the NDA northern region manager, said they are determined to protect animal health as well as human well-being through the effective regulation of veterinary and human drugs.