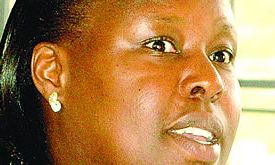 The Minister of Uganda for Information and National Guidance, Kabakumba Matsiko says the Commission is independent.

She says the commission was appointed legally following the national constitution.

The minister says the Uganda government opposes any powers against the commission.

Opposition parties in Uganda under the Inter Party Coalition have all along calling for the disbandment of the commission.

They describe the commission as incompetent and used by the ruling government to rig elections.

Kabakumba adds that no foreign advice is needed in running Uganda.