The Permanent Secretary for the Ministry of Gender, Labour and Social Development, Aggrey Kibenge, has written to the solicitor General for guidance on the legalities behind the interdiction of the chairperson of the Equal Opportunities Commission (EOC), Sylvia Muweebwa Ntambi. 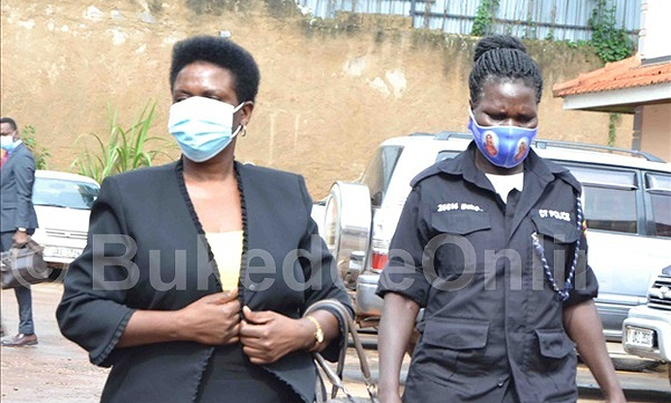 Muweebwa was charged with two counts which she denied

In his November 9 letter to the Solicitor General, Kibenge says that the Director of Public Prosecutions had advised him to interdict Muweebwa to pave way for smooth investigations and uninterrupted prosecution of the case.

It is on this basis, that Kibenge is seeking guidance from the Solicitor General.

The Anti-Corruption Court remanded Muweebwa after charging her with conspiracy to defraud government and neglect of duty.

She was charged a couple of weeks ago, with two counts, which she denied.

Kibenge notes in the letter, Ntambi, as per Case File, “Uganda Vs Agnes Enid Kamahoro and 9 Others CID Headquarters  from the Director of Public Prosecutions, Ntambi was charged at the Anti-Corruption Court with Offences of Conspiracy to Defraud and Corruption, contrary to the Penal Code Act and Section 2 (i) of the Anti-Corruption Act 2009.

Kibenge’s concern is that a Chairperson and the members of the Equal Opportunities Act are appointed by the President, with approval of the Parliament.

He is inquiring whether or not he should proceed to interdict her, based on the advice of the DPP.

He adds, “If the above advice by the DPP stands, to seek your guidance on who is the Responsible Officer to interdict the officer, being an appointee of the H.E the President.”