KCCA set to and Centenary Park over to UNRA

The handing over of the park follows a directive from President Yoweri Museveni following a meeting held at State House Entebbe. 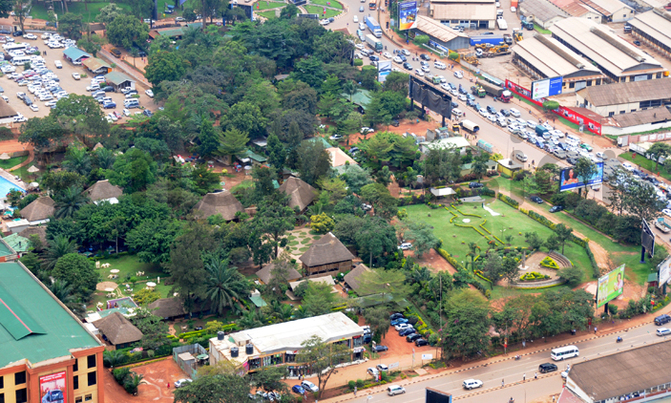 KCCA executive director Dorothy Kisaka, in a letter to Nalongo Estates dated October 20, 2020, notified them of the intention of KCCA to hand over the park to UNRA.

“H.E the President directed that the land surveyed and demarcated at Centenary Park for the Jinja Express Highway project should be immediately handed over to UNRA to enable the commencement of the national project. I am therefore writing to notify you that on Thursday October 22,  KCCA team will be at Centenary Park at 9:00 am for purpose of handing over the project site to UNRA so that the work can commence,” Kisaka said.

UNRA media relations manager Allan Sempebwa confirmed the handover ceremony on Thursday morning at the park, noting that their team will be there to receive the demarcated sections. “Phase one was already going on well, but the contested issue is on the phase two of the project,” he said.

Attempts to evict Nalongo Estates from the park previously was met with resistance. The issue between Nalongo and UNRA was on what size of the land should be taken for the project.

Sources who spoke to the media noted that even though the flyover had been projected to take only two acres of land, the initial projects did not cater for space for the leisure park and the flood-detention ponds which expanded the land needed from the initial 2.7 to 4.7 acres, sparking off a row.

In September this year, Members of Parliament on the physical infrastructure committee learnt that Nalongo Estates was holding on to the land for the project, pending a memorandum of understanding (MoU) with KCCA.

The legislators resolved to meet the Solicitor General to resolve the matter after it emerged that compensation dispute was holding the construction of the flyover project.

The Kampala Flyover Construction and Road Upgrading Project, which is a sh684b project financed through a loan agreement between Uganda and the Japan International Cooperation Agency (JICA) had started accruing interest even though no work had been done at the Centenary Park site.

During the meeting held in Parliament, MPs wanted to establish details of the MoU and asked KCCA officials to explain circumstances surrounding the land ownership and why Nalongo Estates deserves compensation.

KCCA acting legal director Caleb Mugisha informed MPs that Nalongo Estates had a lease on the disputed land which was supposed to be renewed upon its expiry.