Lewis Hamilton’s prayers were answered on Sunday as he claimed the unlikeliest of victories at a thrilling German Grand Prix.

Lewis Hamilton took a sensational victory in a thrilling, rain-hit German Grand Prix as Ferrari’s Sebastian Vettel crashed out to gift the Mercedes driver a 17-point lead in their championship battle.

Vettel had been cruising to victory ahead of Hamilton’s team-mate Valtteri Bottas until rain started to fall with about 25 laps to go. 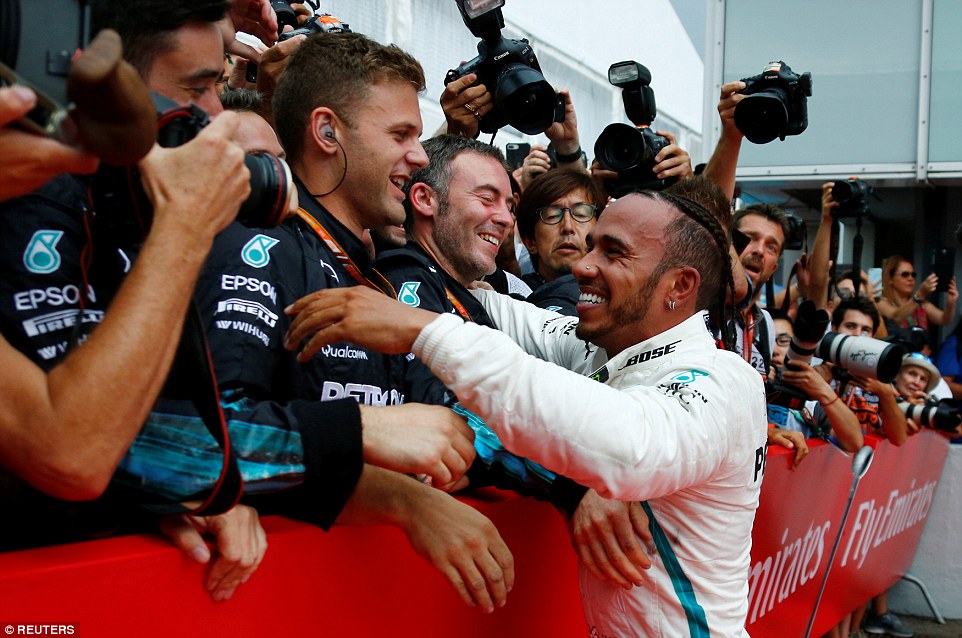 The downpour, affecting only part of the track, turned the race on its head and brought Hamilton into the mix when he had been looking at a fourth-place finish after starting 14th following a hydraulic failure in qualifying.

Hamilton began to shape into the advantage of the three leading drivers – Vettel, his Ferrari team-mate Kimi Raikkonen and Bottas – as chaos erupted down the field.

And then, as the rain became heavier, Vettel lost control at the Sachs Kurve hairpin in Hockenheim’s Stadium section in front of tens of thousands of his home fans, bringing out the safety car.

The four-time champion swore over the radio as he took in the potential damage to his title hopes.

Hamilton pulled away at the front following the safety car period, but only after Bottas was told to back off an initial challenge and hold position. Behind the Mercedes one-two, Raikkonen took third while Max Verstappen was fourth for Red Bull despite making two pit stops to change tyres in three laps amid the confusion caused by the rain.

It was a remarkable result in a remarkable race, which had started as a damage-limitation exercise and ended with Hamilton’s 66th career victory – and one of his best.

“Get in there, Lewis,” his engineer Peter Bonnington said as the chequered flag fell. “Miracles do happen.”

“Great job by you guys,” Hamilton said, but it had been far from smooth sailing for the world champion.

Hamilton’s win was later put in doubt after he was summoned to the stewards to explain a driving misdemeanor but he escaped with a reprimand.