Former president of the US, Barrack Obama is in Kenya for a quick visit into his homeland before heading to South Africa 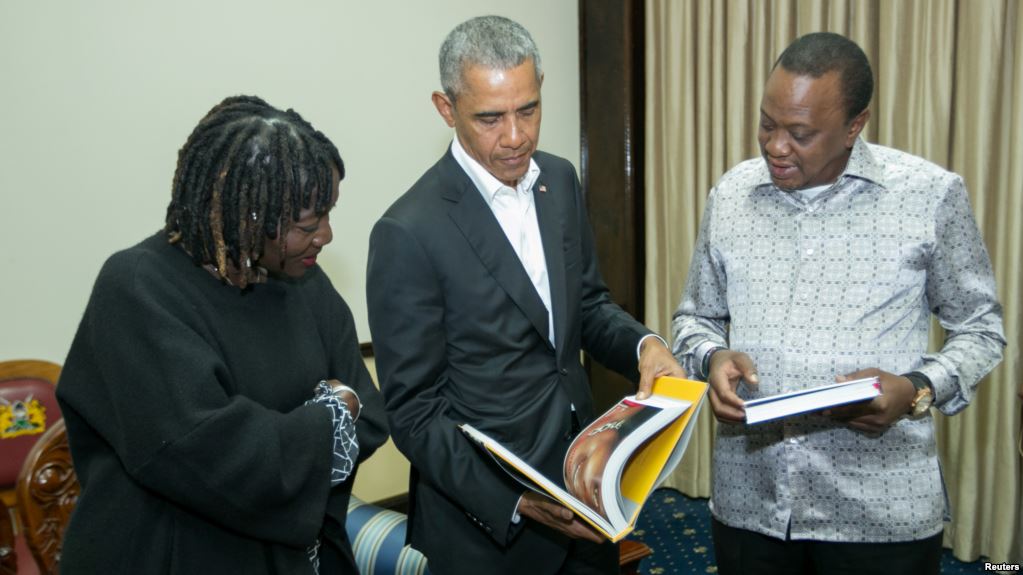 On arrival for his first post-presidential visit into the homeland, the ex-president was welcomed by head of opposition in Kenya, Raila Odinga and other top officials at the airport.

He has also received a warm welcome from the Kenyans especially residents from his hometown, Kogelo, who decorated the entire streets with paintings of him. Some bars also publicized the “Obama brew” drink as harshtags of ‘Obamareturns’ flooded social media platforms.

Obama is expected to attend, his step-sister, Auma Obama, co-founded sports and vocational center inauguration ceremony from which he will head to South Africa for late Nelson Mandela’s birthday celebrations.

Auma Obama’s center, which shares the same mission as Obama foundation, is set to provide educational and economic opportunities to youth so as to build a talented and financially stable young generation.

Obama will stay in South Africa up to Thursday and he is expected to meet up with 200 new leaders for the Obama foundation as well as participate in a birthday tribute to former south African president, the late Nelson Mandela.

Unlike the previous visit, Obama has maintained a low key profile on this visit. He has used an ordinary plane and also left his favorite car known as “Beastie”.