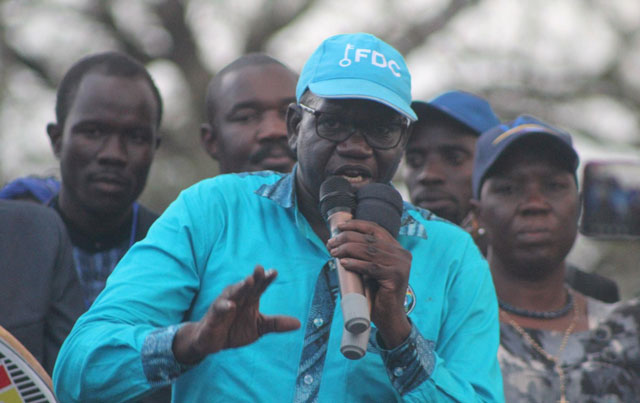 Patrick Amuriat resumed his campaigns on Thursday after he was arrested during a campaign in Gulu city because he planned to have an unauthorized procession, according to the police.

On Thursday, he promised to withdraw from the presidential race if the government continued to use security operatives to disturb their campaigns. But as of now he is still in the race for the presidential seat.

On Thursday, Amuriat resumed his campaign. He made his first stopover at Koch Goma trading center in Nwoya district.

Amuriat later proceeded to Onaka town council in Nwoya district where Police had tried to block him.