"My government and I know the conflict in South Sudan has resulted in a financial and political burden for the government and the region and the continent,"-Salvar Kiir

South Sudan’s President Salva Kiir and his former deputy as well as the country’s main rebel group leader Riek Machar have signed a ceasefire and power-sharing agreement puting an end to a prolonged civil war.

“I call on everyone as a leader of South Sudan that this agreement which we have signed today should be the end of the war and the conflict in our country,” President Salva Kiir said on Sunday.(news.com)

After the signing of the deal, the two parties; president and senior rebel stated, “Today we celebrate, not just in South Sudan, but throughout the world.” 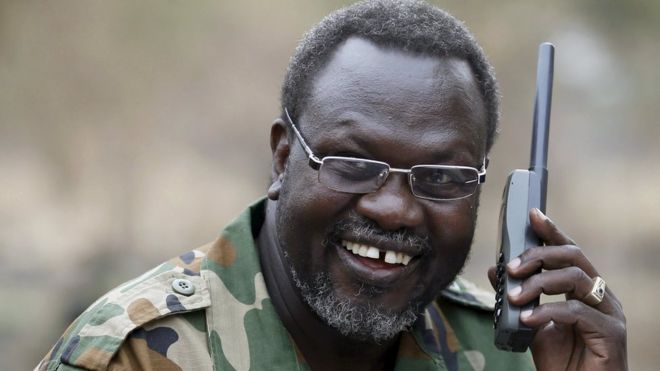 South Sudan fought extensively and managed to secede from Sudan in 2011. However, the anticipated peace and harmony was only shortlived when, after two years, the country was once again gripped with clashes between Kiir’s government and a rebel movement led by Machar.

The rebellion led to deaths of thousands of people while others were left displaced as many run for their lives as refugees in the neighboring countries.

“There is no option but peace … we have to focus after this stage on implementing the agreement that if we don’t implement, we will all be failures.” Machar said.

Al-Dirdiri Mohamed ,the foreign minister of neighbouring Sudan, that witnessed the signing said that the agreement expresses the commitment of all parties to a ceasefire.

Although several previous agreements that were signed between the two parties were futile, Kiir blames it on foreign influence which made reconciliation hard.

“We must accept that the internal war has no meaning and has imposed suffering on us and our families and has killed hundreds of our young men and women, destroyed our economy, and left us divided,” he added.