Eight o’clock on a rainy Friday, many in Kampala like me have woken up to another busy day. I’m combing through the out skirts of Katwe, one of Kampala’s slummy suburbs. My mission is to meet one of the metal scrap dealers in the area for a story. But before I get to my source, two boys capture my attention.

My first imagination is that they are street kids returning from another bag snatching mission, but a closer observation revealed otherwise. Ssenabulya, 14, and Juma, 16 are carrying pieces of dirty metallic items in their hands. They look much younger than the age they tell me. 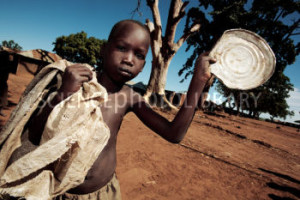 Their day had actually started as early as 5am; they were to reveal as I learnt from interacting with them. Their work is to gather/collect any metallic item disposed off to sell as scrap.

Ssenabulya and Juma are part of the steadily growing “metal scrap” industry in Uganda. Although their dirty clothing and worried faces do not show any semblance of growth or hope of it, Juma says they are happy to have some work they can wake up to and earn.

“Hope for a reasonable future rises and sets with sun,” says Juma , adding that balancing daily survival challenges to raise reasonable scrap materials for sale is no walk in the park. Theirs is an endless search with limited chances to find the materials they must sell.

“We have no definite sources for our scrap, we just have to keep moving into the slums checking in the rubbish bin and water trenches,” says a seemingly tired Juma almost inaudible.

“It is very dangerous, People think we want to break into their homes. Our fierce tormentors are people working in motor garage, they keep chasing us thinking that we want to steal their spare parts,” quips in a drained looking Ssenabulya. 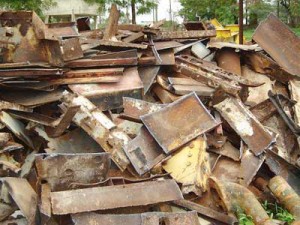 But as many will admit to you, metal scrap collectors have been known to collect anything metal, including items like spares, road sign, electricity wires, water pipes, to even ammunition that the owners might still want to use.

Why are scrap sellers and dealers not that happy

But why would such blatant sale of inappropriate items go on? It is because of such challenges that the government in 2009 stopped the export of scrap material due to increase in demand from neighboring countries.

Just like in many other informal businesses, there are no clear laws governing metal scrap trade neither is there steady supply or demand according to Jacob Waiswa, a scrap dealer. As a result, boys like Ssenabulya and Juma have to depend on the mercy of intermediate dealers to earn a coin from their sweat.

Like the boys, dealers have their own cries. Most of those we visited for interviews prefer talking about the thick and thin of their business lives than what they actually earn from it. Forget the fact that most of them actually seem well off.

So what exactly is this metal scrap business that attracted the attention of the central government which ordered a stop to unregistered trade in metal scrap as well as outlawing exports when the usual economic song of the government is produce for export? To fully appreciate the dynamic nature of crap business lets start with the mathematics involved in buying and selling scrap and who gains.

According to Akim Mwebaze of J.A scrap dealers, in Nalukolongo (another suburb of Kampala), a kilo of scrap metal goes for 175-190 shillings buying and between 3110-360 selling depending on the type of metal the scrap is made of. But contrary to what intermediate dealers say, Ssenabulya and other boys who do the dirty work of scavenging for the scrap under inhuman conditions of Kampala slums say the dealers buy their scrap at 130 or 120 shillings per kilo.

Jackson Kayangire, manager of B.M scrap metal dealers limited in Nalukolongo will not tell you how much he buys or sells his scrap for ‘fear of competition’. The nearer he will come to tell his price is “my price is like that of other dealers” he says. The scrap business is as unpredictable as the dealers themselves are. 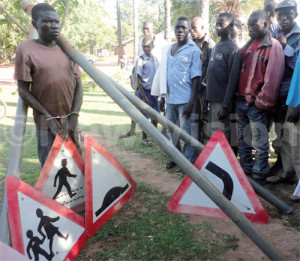 Middle to our conversation with Waiswa he suspects that I could be a Kampala Capital City Authority official with ultra-motives to over tax his business. “We do not earn a lot of money,” he answers when I asked him how much he pays per kilo of scrap, as a host of hungry looking boys waited in the sides. “You people from KCCA just want to over tax us and cripple our businesses,” continues an obviously disturbed Waiswa as he struggled to hook a small sack of scrap on to a weighing scale.

Mwebaze blames the unfair market conditions, which force prices to fluctuate so often. “At times you buy at normal prices but when you go to sell the Muyindi (Indian) tells you that prices have gone down with out giving any explanation,” says Mwebaze who has been in scrap business for more than five years.

According to Kayangire, the scrap business is not what it was five years ago when he and others were just persuaded to collect scrap and sell at a reasonable fee of 300 per kilo.

“Competition from imported scrap coming from neighboring countries like Burundi, DRC and Rwanda has forced the prices per kilo to a record low,” says Kayangire as he forces a piece of metal from a car body in a sack.

“Their scrap is of good quality and not very old like ours. The Bayindi (Indians) give them preferential prices and pay them first,” laments Kayangire who employs his daughter and one worker. He says that the delay of payment on the side of factories that use the metal scrap is the biggest challenge.

But the unfair prices will not deter Ssenabulya and Juma who are not relatives by the way but joined hands because they were faced with the same enemy-starvation. For the two, they are “earning fortunes compared to our counterparts on streets who depend on dangerous business of begging and pick pocketing,” says Ssenabulya as he takes a step in opposite direction probably indicating that the conversation is over.

So what exactly is metal scrap?

According to Kayangire, the most common ones are Soft aluminum, Hard aluminum, Brush scrap, and steel metal and Copper. “Each of these metals has its own price and the use. Some scrap metals are more useful in terms of product,” says Waiswa as he displayed several pieces of rusty and dark metals for me to see, forgetting the fact that i could not tell the difference. Waiswa runs a scrap collection center in Katwe. 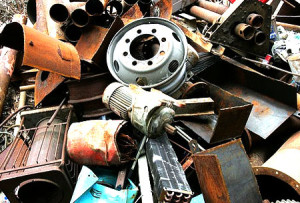 Just like Kayangire and Mwebaze, Waiswa sells his scrap to a string of local industries like Steel Rolling mills, Thembo Steel rolling, Schummuk and export copper to Kenya.

According to the Uganda Investment Authority, Uganda’s four steel industries use metal scrap as their raw material.

According to Mwebaze, Brush scrap is used to make padlocks, angle line bars, water pipes and brushes while Cooper is mainly exported to Kenya to make electric wires. This uncertainty made the government to ban scrap or raw materials steel exports, a move that angered many dealers in 2009 when the pronouncement was made to this day.

The Minister of Trade and Industry, Amelia Kyambadde says the government is working with industry players to put in place a stable policy for the industry to guide local production and export of scrap and or steel products that are made from scrap.

By 2009 when the ban was instituted, Uganda was exporting between 4.5 to 5.3m metric tons of nonferrous materials to Europe and the far East, which was earning the country 3.8 billion US dollars in revenue annually.

The domestic demand for scrap materials has also been on a steady rise. Steel Rolling Mills for example says they use 5O million Uganda shillings worth of Steel Scrap per month collected from different parts of Uganda.

A.K Singh, the vice president for Tembo Steels Uganda Ltd says the price of scrap is still too high due to limited supply, and the high cost of power (energy) used in recycling the scrap. But scrap sellers like Juma and Senabulya say they earn pea nuts from the scrap they collect, meaning someone else benefits by charging factories higher.

But why the over dependence on scrap?

Christopher Senfuka from Kyambogo University Department of Mechanical and Production Engineering believes that in the absence of “serious iron ore exploitation” in Uganda, scrap metals will continue to provide the raw materials needed by most industries that produce iron and aluminum products such as sauce pans,  iron bars, wire rods, flats, angle lines,  iron sheets, nails, barbed wire, wire mesh, chain link fences, among others. These are items used in many of our households especially in house construction.

Senfuka’s 2011 study showed that only 300 kg of each 1000 kg of obsolete steel equipment are recycled to the Uganda stock of steel scrap; showing that the amount of steel available for recycling is significantly lower than the current national demand for new steel products, creating a problem of continuity in the national steel production.

Minister Kyambadde says the government continues to explore increased iron ore production from Kabale Kisoro and Tororo where commercially viable deposits were confirmed by the ministry of Energy and Ministerial Development’s Department of Geology and mining.

“All new steel has a recycled content, and this can vary between 10 and 100% depending upon the availability and price of scrap, the specification of the steel and the steel production route. The global demand for new steel, however, exceeds the world scrap supply by an average factor of around two and so it is not currently possible to meet the demand for all new steel entirely from scrap,”Senfuka says.

Why then, one would ask, does such a highly demanded product as scrap is bring meagre returns to those who source and trade in it?

The Uganda Metal Scrap Exporters association blames the low prices that scrap sellers like Senabulya get on the ban on exportation of metal scrap. “These local companies now pay whatever they want. Some import scrap from neighbouring countries and surprising they can do some little work on it and export it,” says James Kato, the chair of the metal scrap exporters Association.

But Dr. John Kirabira from Makerere University Department of Mechanical Engineering believes the government must balance protecting local industries who also need the metal scrap and ensuring sellers earn a fair recompense for the hard task of collecting scrap. He says Ugandans will end up paying highly for steel products if export of metal scrap is allowed, because it will increased the cost of producing the materials in Uganda due to competition for scrap from foreign companies.

“Exports are good because they earn us foreign exchange, but once we continue exporting more and we leave little for our local market, then we will be doing a disservice to Ugandans,”Dr. Kirabira says.

To any observer the scrap business has its trials and tribulations but the spirit of hard work exhibited by people like Ssenabulya and Juma in an era of uncertainty represent a future of an industry on its journey to a boom.

Listing of some scrap buyers in Uganda

Tembo Steels at the helm, of Uganda’s steel industry