The Electoral Commission (EC) has disqualified Gibson Amanya, a candidate for the Kibale MP seat, and asked the Kamwenge district Returning Officer George William Magezi to withdraw the nomination. 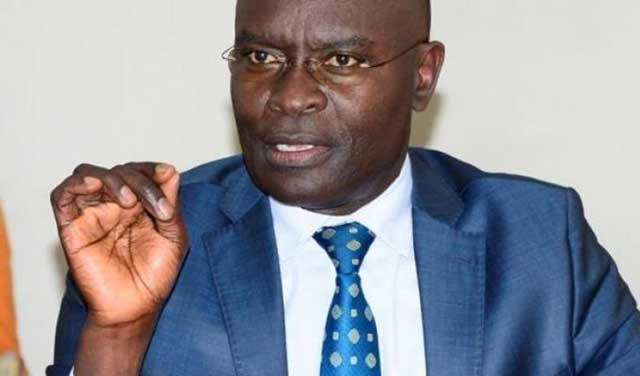 This was after a resident of Kankarara village in Kamwenge town council, Charles Kakuru, petitioned the EC, claiming that his signature to second Amanya’s nomination for the Kibale County parliamentary seat on the National Unity Platform (NUP) card party was obtained through misrepresentation of the  facts.

“Kakuru’s signature was obtained through misrepresentation of facts since he was informed that the endorsement was for a candidate seeking nomination on a National Resistance Movement (NRM) ticket,” read a letter dated November 4, addressed to Kakuru.

The letter was signed by the EC chairperson, Justice Simon Byabakama Mugenyi and copied to Kamwenge district returning officer, as well as Amanya.

Byabakama stated that the commission held a meeting on October 30, where Amanya acknowledged that the names and signatures for his seconders were obtained by his agents, who did not disclose to him that they were obtained after misrepresentation of the party he stood for.

Therefore Amanya did not comply with section II(I) (a) of the Parliamentary Elections Act.

“The commission, in a meeting held on October 30, reversed my decision of nominating Gibson Amanya. Pursuant of the Parliamentary Elections Act 2005, I declare Cuthbert Abigaba Mirembe a duly elected Member of Parliament with effect from January 11, 2021,” Magezi said.

Magezi said that he was declared unopposed, Abigaba appreciated the people of Kibale county for being loyal to the NRM party.

“Being declared unopposed is a rare moment in somebody’s life. This is something that cannot be taken for granted. I want to thank the people of Kibale County. As the NRM party, we promise to work hard to reward you,” Abigaba said.