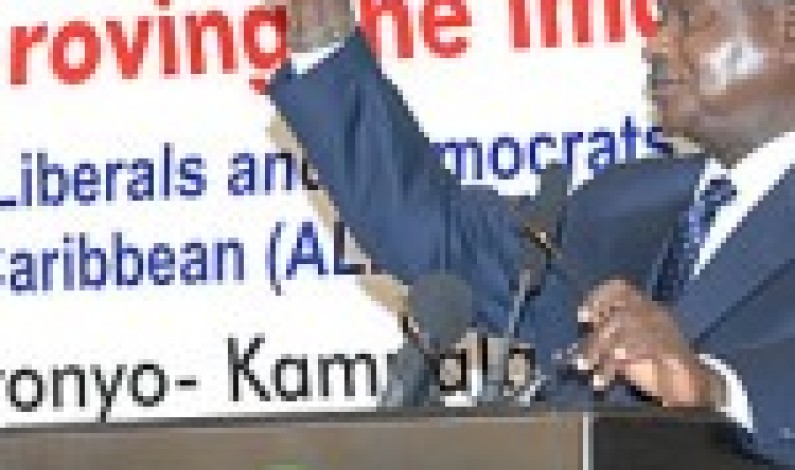 President Yoweri Museveni has assumed chairmanship of the Common Market for Eastern and Southern Africa (COMESA) regional economic bloc. Museveni takes over from the outgoing President of Malawi Joyce Banda who handed over the chairpersonship during the ongoing COMESA summit taking place at Speke resort hotel Munyonyo. . Speaking after assuming the seat, Museveni called […]

If there is one thing that the race for FDC leader Dr Kizza Besigye’s successor will teach Ugandans, then it is whether or not Ugandans are indeed a bunch of tribalists. One of the people who have of recent come in the crosshairs is FDC National Mobilizer, Maj. Gen Mugisha Muntu whose party colleagues are […]

Apply for PhD in Public and Population Health

Africa Union Scientific Awards: The Ministry of Higher Education, Science and Technology in partnership with the Africa Union invites applications from outstanding Kenyan scientists to this year’s African Union Scientific Awards Competition. This Programme is designed to celebrate the achievements of African scientists and to promote efforts to transform scientific research inAfricainto entrepreneurship, attract investments […]

Africans called to apply for theology scholarship in Adrian Hastings

Adrian HastingsAfricaScholarship – Theology Scholarships: The Adrian Hastings Africa Scholarship commemorates the late Emeritus Professor of Theology and renowned historian of the church in Africa Adrian Hastings. It supports some of the many African applicants unable to take up places in theSchoolofTheology,UniversityofLeeds, through lack of funding. The scholarship not only addresses an immediate educational need, […]

African Guest Researcher Scholarship Programme: This scholarship programme is directed at scholars inAfrica, engaged in research on the African continent. Female researchers are especially encouraged to apply for these scholarships. The Guest Researchers’ Scholarship Programme is directed at senior scholars inAfricaengaged in research on/about the African continent with a proven track record of extensive post-graduate […]

Apply for African graduate scholarship in Health and Development

African Graduate Scholarships in International Health and Development -UniversityCollegeLondon. The scholarships exist to support African nationals with a high-quality academic and professional background who wish to further develop their skills and knowledge in their specific field. The Scholarship is a one-off award for the academic year September-September. Candidates must meet the following criteria: The Candidate […]

UNESCO/ANSTI is inviting African scientists working in the Diaspora to apply for the above award. The award is offered to scientists who wish to attend scientific thematic conferences and workshops in Africa. The award will cover the the cost of the air ticket, cost of accommodation and a daily subsistence amounts for the duration of […]