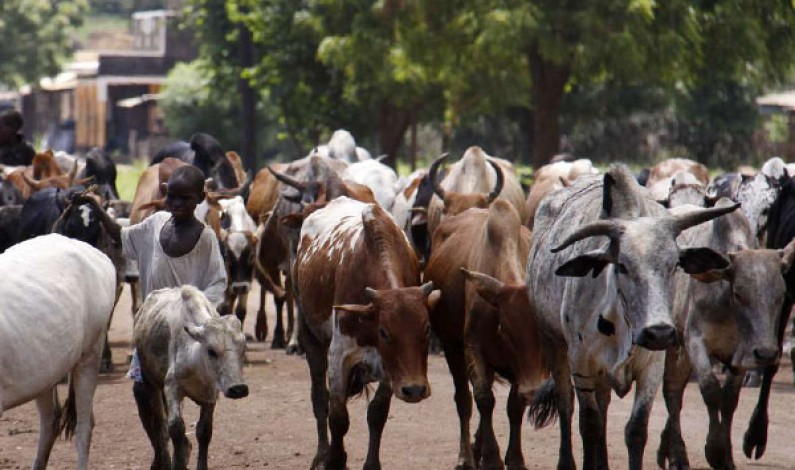 In a meeting of all political leaders, security agencies and pastoralists (Baraaro) in Northern Uganda Districts, chaired by the minister of agriculture, animal industry and fisheries, Vincent Bamulangaki Ssempijja at Gulu District headquarters on Friday, it was agreed that a two months ultimatum be given to all illegal pastoralists  to vacate Northern Uganda. This followed several […]

Army MPs should be neutral in their sitting in parliament

Members of parliament on legal committee say that  UPDF should either sit with the opposition or Independent, and still vote as they please. MPs  who include Abdul Katuntu and Sam Otada say that the army MPs should be neutral even in their sitting in parliament instead of them being on the side of the ruling party. In […]

Al Shabab terrorists use Entebbe airport to run their operations

Intelligence reports have revealed that sections of Al Shabab fighters in Somalia have penetrated Uganda’s international airport whereby the members of the said terrorist group use the airport to run their activities at ease. We have also been told that the rebels use Nairobo as their base after Entebbe. The intelligence officers were also […]

It sounds unbelievable but it is true. The most wanted man by the US garrison and Uganda soldiers is about to be arrested. Sources in Uganda’s army, the UPDF tell us that using technological help from the US, the army has relocated the place where the LRA leader Joseph Kony is hiding in the Central […]

Army man kills friend for moving with his wife

An army man in Uganda killed his male friend because he returned home with his wife. Lieutenant Colonel John Kaye is now facing murder charges at the Court Martial in Kampala. The colonel denies the charges and asks for bail. It is said that Kaye shot dead Steven Kabuye when he turned up with […]

UPDF explains why out of 64 top UPDF officers, 55 are from western Uganda?

More than two years after Aswa MP Reagan Okumu raised the issue of top UPDF officers being from one region, western Uganda on the floor of Parliament, the top leadership of the Uganda People’s Defence Forces as well as the Special Forces Group, formerly the presidential guard brigade, remains dominated by officers from western Uganda. […]

Intelligence network in Uganda has started investigating claims that some Ugandans sell guns and ammunitions to Kenya. Sources in Uganda’s security told our informer that some of the people involved in illegal firearms trade include policemen and members of other security organs. It is said that the armed officers in the army, and police […]

Members of Activists for Change (A4C) are nonviolent. So we condemn all violence and perpetrators of violence in the country. Those policemen and army men in police uniform who attack unarmed civilians during A4C rallies and provoke violence are strongly condemned by the A4C leaders. Anne Mugisha, one of the A4C leaders says that […]

Besigye is again under preventive arrest

Uganda’s leading opposition leader, Dr. Col. Kiiza Besigye is again under preventive arrest at his home in Kasangati on Kampala Gayaza road. His home is surrounded by dozens of policemen and army soldiers in police uniform. Besigye, also a member of Activists for Change (A4c) was suspected by the government to have had plans of […]

Foreign troops are reportedly fighting each other over control of Somali cities and major towns. The garrisons under the command of the African Union are fighting to replace Ethiopian forces fighting the Al Shabaab rebels in the two Somali cities of Baidoa and Beledweyne. We have been told that African Union wants its soldiers […]