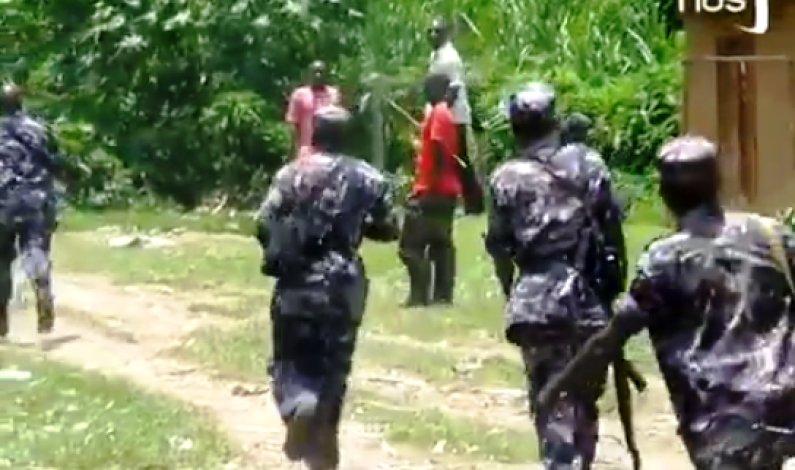 Some Members of Parliament have expressed concern  over government Security agencies which arrest supporters of the opposition parties aligning them as rebels who want to overthrow the government. The issues were been raised by Serere district Woman MP Alice Alaso during a plenary sitting chaired by the speaker of parliament Rebecca Kadaga. She says there is no […]

Police has arrested members of a gang believed to have been terrorizing people in greater Kampala. The gang specializes in contract killing as well as armed robbery. Police spokesperson Fred Enanga says that in the subsequent operations, they have been able to apprehend 11 of the Gang members and recovered a gun and 110 rounds of […]

Kampala, 1 December 2015 – Over the last 4 days, 13 civil society members have been arrested in Wau, South Sudan. The order of arrest was issued by the Mayor and the Governor of Wau, although no official charges have been brought against the activists. They have been accused of being allies of rebel groups […]

Opposition MPs condemned the arrest of the former Prime Minister John Patrick Amama Mbabazi and Dr. Kiiza Besigye. They denounced the actions of police as the NRM party MPs celebrated Mbabazi’s blocking from going to Mbale for a consultative meeting with his supporters. The shadow Minister for Internal Affairs Mohammed Muwanga Kivumbi told parliament that the actions of […]