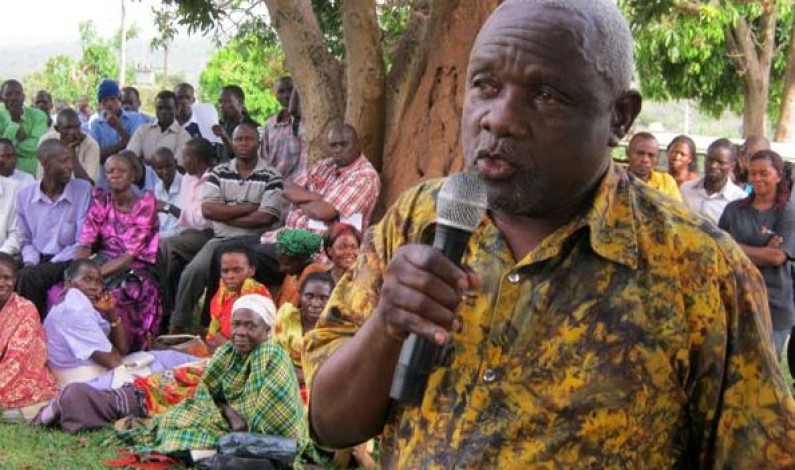 Sections of the people of Buganda kingdom and Uganda at large have continued to castigate the NRM’s Chairman for Buganda region, Hajji Abdul Naduli over his poisonous statement he uttered on Monday that the government will abolish Buganda kingdom if the people of Bukoto south in Masaka don’t vote the government’s candidate in Bukoto parliamentary […]

The 36th Kabaka of Buganda Ronald Muwenda Mutebi II has welcomed back the patriotic people of Buganda who on Monday went to visit the Buganda riots suspects at Luzira prison and those who contributed a lot as a sign of solidarity, restoring hope, re-energizing and above all cementing and strengthening the kingdom’s tie towards the […]

One of the conditions reportedly set by the central government before the reopening of radio CBS FM was to respect government, ruling party, the National Resistance Movement and its officials. But we have been told that the Inspector General of Police, Lt. Gen. Kale Kayihura has reportedly written a letter to the management of CBS […]

President Yoweri Museveni’s Press Secretary, Tamale Mirundi continues to shock his fellow Baganda. Mirundi has recently been preaching that the type of federalism the kingdom of Buganda is demanding is not only impossible but unworkable. The acerbic Mirundi says that it would be a fraud if Buganda ever gets full federal status it demands. Mirundi […]

Traders in Kisekka market have formed a special brigade to protect and guard the Kabaka of Buganda Ronald Muwenda Mutebi II wherever he goes.  The brigade name is called ‘Baganda workers association.’ Its work is to provide the Kabaka with security within and outsideBugandakingdom. The group was formed as a result of the lift between […]

Reports of spies having penetrated into Forum for Democratic Change (FDC) have tornUganda’s main opposition party into several factions, Walakira Nyanzi reports.    The members of FDC are now divided into tribal factions with the northerners accusing the Baganda and Banyankole of being spies in FDC while the Baganda are accusing their counterparts from Rukingiri (Bakiga) […]

I will not expel Banyarwanda-Mao

It looks like DP President Norbert Mao is ready to give a try of presidential campaigns in the next general elections. He told the people of Masaka Municipality over the weekend that he will not mistreat Baganda or expel Banyarwanda living in Uganda when he comes to power. Mao says that although he comes from […]