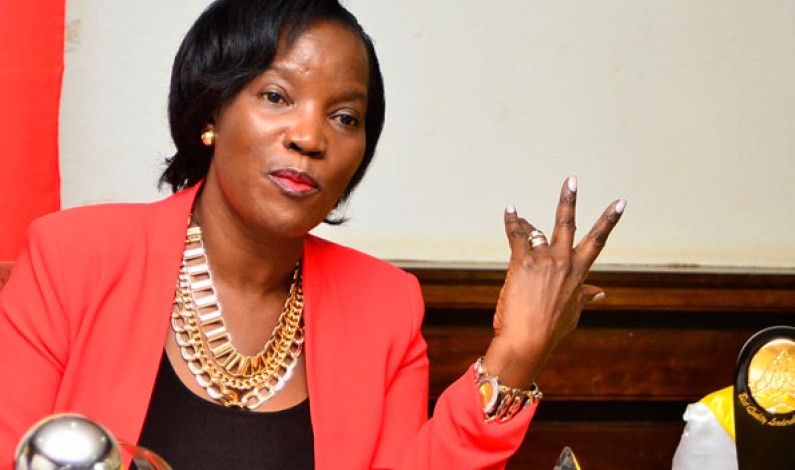 By Isaac Senabulya on November 15, 2016 committee chairperson, destruction of road infrastructure by certain sectors including agencies which they say is costing the tax payers huge sums of money, Dr. Ruhakana Rugunda about the dangers of cutting roads so that there is an immediate stop to the practice, electricity and communication cables and that this has affected most roads hence weakening them, government, Hon.Syda Bumba, major destruction of road infrastructure in the Country., Matia Kasaija, Minister of Finance, National Economy Committee of Parliament, old roads have been cut to connect pipes for water, to immediately write to the Prime Minister Latest Uganda News

Government has raised concern over the continued destruction of road infrastructure by certain sectors including agencies which they say is costing the tax payers huge sums of money. The Minister of Finance, Matia Kasaija, while appearing before the National Economy Committee of Parliament noted that new and old roads have been cut to connect pipes […]

Amongi to cancel all land titles in wetlands, forests and wild life reserves.

By Isaac Senabulya on October 14, 2016 Alex Byarugaba says that following the MP’s visit they have discovered that people are holding land tittles of the protected areas which is posing a big threat to the environment., Betty Amongi, Cabinet has issued a directive to the lands ministry to cancel all land tittles in wetlands, central forest reserves, committee chairperson, minister for lands, natural ponds and forest reserves for the common good of citizens of Uganda, natural resources and that she directed the National Environment Management Authority (NEMA) to issue the ministry of lands with an atlas of wetlands to make it easy for them to identify them, told the parliamentary committee on natural resources that the move will help the ministry to control environmental sensitive areas including rivers, wild life reserves and any ecological tourist areas Latest Uganda News

Cabinet has issued a directive to the lands ministry to cancel all land tittles in wetlands, central forest reserves, wild life reserves and any ecological tourist areas. The minister for lands, Betty Amongi, told the parliamentary committee on natural resources on Thursday that the move will help the ministry to control environmental sensitive areas including rivers, […]

The Public Accounts Committee (PAC) of Parliament has unveiled its July to September 2016 quarterly work plan in a bid intended to streamline their activities as they address the backlog of accountability reports from several ministries and government agencies. The Committee Chairperson,  Angeline Osegge (Soroti) urged Members to actively participate in committee activities especially upcoming […]

Members of Parliament on  Foreign Affairs  committee have Thrown out the permanent secretary for the ministry of foreign affairs Ambassador James Mugume after he failed to come with the ministers of Foreign Affair. They were supposed to explain to MPs why Ugandans living in United Arab Emirates are not helped by the embassy when they face problems […]

Members of Parliament have asked the electricity Regulatory Authority to withdraw the statement issued yesterday, defying an order to halt the charging of new tariffs. The board of the Electricity Regulatory is appearing before the probe committee into the energy sector that has been overshadowed by reports of corruption. Members of the committee yesterday questioned […]

Bank of Uganda Governor Tumusiime Mutebile has been thrown out  the oil Adhoc committee investigating the oil sector for the second time for failure to produce evidence to the committee that  he was directed by president Museveni to draw money from the consolidated fund to finance the purchase of fighter jets to the tune of 1.7 trillion […]