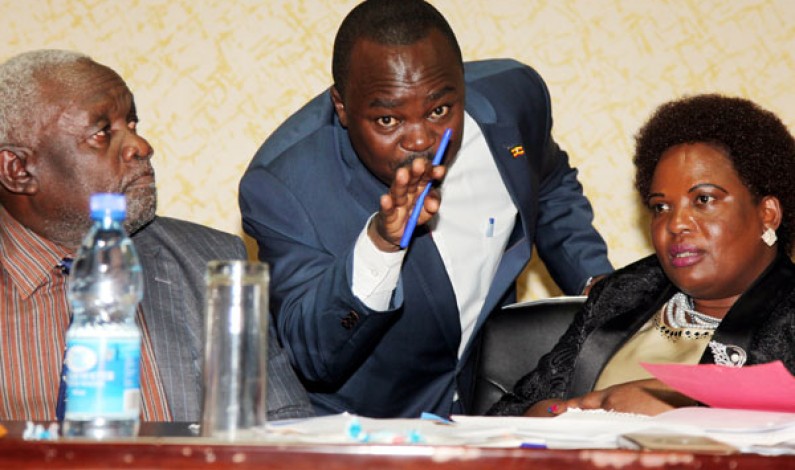 NRM MPs will not be deterred from getting cars, says Nakabirwa

Government Chief  Whip, Ruth Nankabirwa, says she will not deter NRM Members of Parliament from getting money meant to buy cars. This comes after her counterpart the Opposition Chief Whip, Ibrahim Semujju Nganda, on Tuesday informed the media that FDC had stopped its Members of Parliament from receiving the 200 million shillings  meant to buy cars […]

MPs give Otafire a 2 weeks ultimatum over LC1 elections

Parliament has given the Justice and Constitutional Affairs Minister, Kahinda Otafire an ultimatum of two weeks in order to furnish the house with the status of the elections of village councils. The directive was issued by the deputy speaker of parliament after opposition MPs who included; Mukono municipality MP, Betty Nambooze ,Busiro East MP Medard  Segoona […]

Opposition blames government on creation of constituencies without approval

Opposition MPs have criticized the government for creating new constituencies in the Country without following proper channels a situation the legislators say his forcing the institution to rubber stamp most of the state’s incompetencies. The criticism follows the tabling of a motion by the Minister of Justice and Constitutional Affairs, Hon. Kahinda Otafiire for a […]