By Isaac Senabulya on September 20, 2016 court martial, John Baptist Nambeshe., justice, Manjiya County MP in Bududa district, Michael Kabaziguruka, Nakawa Member of Parliament, Patricia Basaza Wassawa, Prosecution alleges that Kabaziguruka aided about 20 serving officers of UPDF to plot to overthrow the government of Uganda by force of arms between February and June 2016 in the districts of Kampala, Wakiso and Luwero. Latest Uganda News

John Baptist Nambeshe, the Manjiya County MP in Bududa district says he feels sorry for Nakawa Member of Parliament, Michael Kabaziguruka whose case is to be tried in the general court martial yet he is a civilian. Kabaziguruka had recently run to high court saying it was unfair for him as a civilian to be tried […] 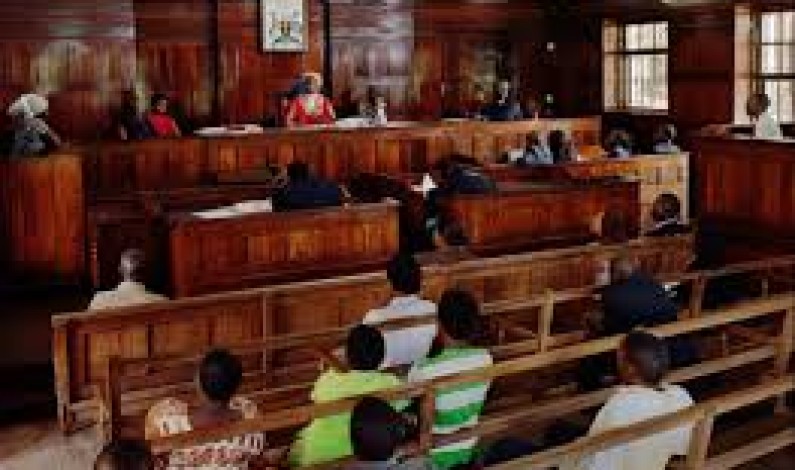 The directorate of public prosecution has implored the legal parliamentary committee to probe the enormous funding inequity in the justice law and order sector. While appearing before this committee chaired by Stephen Tashobya, the deputy DPP Amos Ngolobe said that all other JLOS sector have been fully funded in case of any need but the directorate […]

Ugandans have lost trust in the judicial sector

The 6th edition of the Afro barometer that assesses access to justice among other social services by citizens indicates that Ugandans have lost trust in the judicial sector with many reasons raised by the citizens who were interviewed in the research carried out in May this year across the country. Releasing the report findings today, the […]

Police officers to be punished for witnessing mob justice

The police have moved to crack the whip on its officers who witnessed the death of a suspected thief. Siraj Kaweesi was killed by a mob in Kisenyi yesterday. Those arrested over the murder include Sgt Charles Oryel, Sgt Achirie Samuel, Constables Mohammed Abdala and Konnie Lubanga. Andrew Felix Kaweesi, the Commandant Metropolitan Police says […]

From the first time a child joins school, everyone’s hope and dream is that they make it to each final level class and graduate to the next. Many resources go into this endeavour; fees, tutorials, books, pencils, advice – everything needed to have a success story. This is not a one man job – there are relatives, […]

Museveni to build prison to replace Luzira in Mityana

Relatives of treason suspects broke down in tears

The family members of people president Museveni’s government kept in prison without trial broke down in tears on Monday. This development occurred after the Luzira Prison authorities failed to produce the suspects who were arrested in 2009 to court. The suspects were arrested in September 2009 during the three dayBuganda riots. The riots resulted following […]

Although FIDA-Uganda works to promote the inherent dignity and human rights of women and children using the law as a tool for social justice, it has also added on supporting homosexuals. FIDA is an organisation that is against any discrimination on whatever ground and it has struggled through using the law in order to achieve […]