By Gerald Businge on December 7, 2016 Amelia Kyambadde, and others in Busoga and other parts of the country, government to avert food insecurity in the country, Kyankwanzi, minister, ministry of Energy and Uganda National Bureau of standards., ministry of finance on how to re-own the sold 36 silos in areas of Kiboga, ministry of trade, Parliamentary Natural Resources Committee, poor quality car fuel on market, restarting of the current 36 privatized Silos Latest Uganda News

Parliament approved a recommendation demanding government to urgently appoint substantive minister of Kampala instead of being under the minister of presidency. The report by the parliamentary committee on presidential Affairs to parliament said that it is becoming practically impossible for one minister to adequately pay attention to all the issues for presidency and Kampala. Now the […]

The ethics and integrity minister, Rev. Ft. Hon. Simon Lokodo attributes the current corruption acts in the country to apathy among citizens and urges them to denounce the act. Lokodo adds that moral decadency among Ugandans had also taken center stage causing disinterest among Ugandans to fight the vice that has continued to eat up the […]

UNATU chairperson Margaret Rwobushaija informed the press that they are meeting the Minister of Finance to forge a way forward but insisted that the teachers’ strike continues despite the growing intimidation arrests of members in various districts with Kabale sighted to be the leading districts with leaders having such poor acts. The striking teachers under their umbrella body […]

The Parliament of Uganda this week abolished all county councils across the country. The move followed a proposal tabled by the government under the Local Governments (Amendment) bill of 2012. Also the Minister for Local Governments, Adolf Mwesige says LC4 councils had become malfunctioned since their duties were being performed by the districts leaderships […]

It now looks that Uganda markets are like a dumping area for all poor quality products from China and other countries in Europe, America. We are told that Uganda’s markets are flooded by fake HIV Home Kits for Self HIV Testing. Sources in Kampala Capital City Authority (KCCA) told us that these fake HIV […] 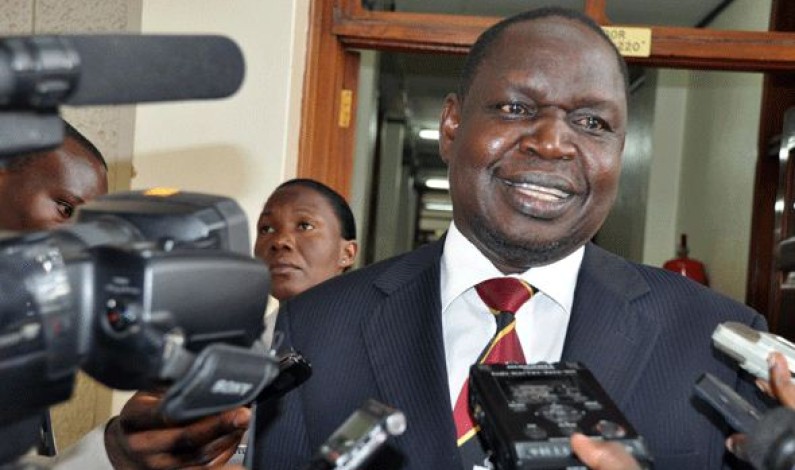 The Government has failed to release 6.5 billion shillings for the recruitment of 6,172 health workers due to problems in budget cash flow caused by the suspension of donor aid. This was disclosed by the minister of state for Finance Fred Omach while appearing before the Health committee chaired by the workers Omach said that […]

Kampala Lord Mayor Elias Lukwago has issued a 2 weeks ultimatum to council to find a solution to the continued absence of the executive director from council meetings. Speaking during a council meeting today, Lukwago said that it’s unfortunate that the executive director continues to absent herself from the meetings with no genuine reason given. […]

Members of parliament have insisted that the proposed powers to the energy minister in the oil bill be reduced. The current bill gives the minister powers to issue and revoke licenses to oil companies. However several Mps including Alice Alaso, Barnabas Tinkasimire and Crispus Ayena say this will be dangerous and could breed corruption. Some […]

MPs increase pressure on government to force Bigirimana to step down

A section of members of parliament have intensified pressure on government to interdict the permanent secretary in the office of the Prime Minister Pius Bigirimana. Mps including Theodore Sekikubo, Winfred Kizza , Samuel Otada, Gerald Karuhanga, Vincent Kyamadidi, Celinah Nebanda among others are accusing government of undermining parliament by failing to implement its resolution to […]