10 things about Gaddafi they don’t want you to know 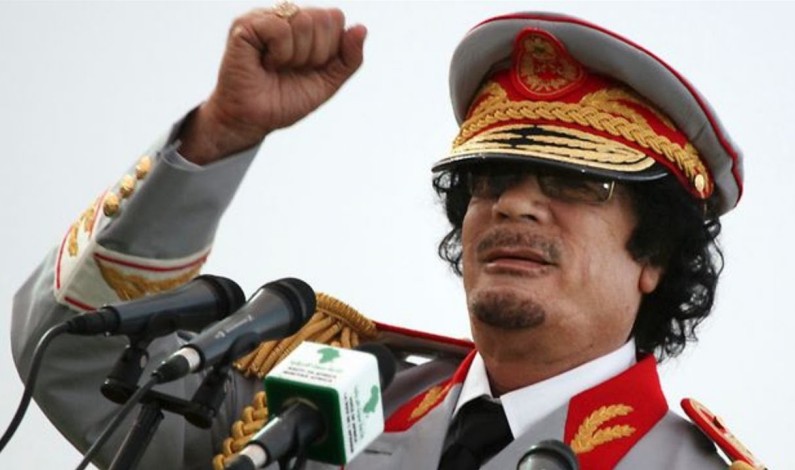 This article was first published by Global Research in November 2014. Today Libya as a Nation State has been destroyed by US-NATO. What do you think of when you hear the name Colonel Gaddafi? Tyrant? Dictator? Terrorist? Well, a national citizen of Libya may disagree but we want you to decide. For 41 years until his demise […]

News Release International Criminal Court (ICC) suspect and former director of military intelligence in Libya—was captured in the south of Libya. His arrest follows the reported capture on 19 November 2011 of ICC suspect Saif Al-Islam Gaddafi, former Libyan government spokesman and son of former Libyan leader of Muammar Gaddafi. The ICC is the world’s […]

Following his rather dramatic overthrow and eventual death, former Libyan president Muamar Gaddafi might seem a villain to many people but some have started talking about his 40 year rule as one that achieved a lot of many people in Libya. Here is a list of is said that Gadaffi had done for the Libyan […]

African Union leaders have met embattled Libyan President Col. Muamar Gaddafi who reports say accepted their peace plan that calls for an immediate ceasefire. The AU team led by South African President Jacob Zuma told journalists after the meeting that the Libyan government had been positive to the AU proposal to stop all military activities […]