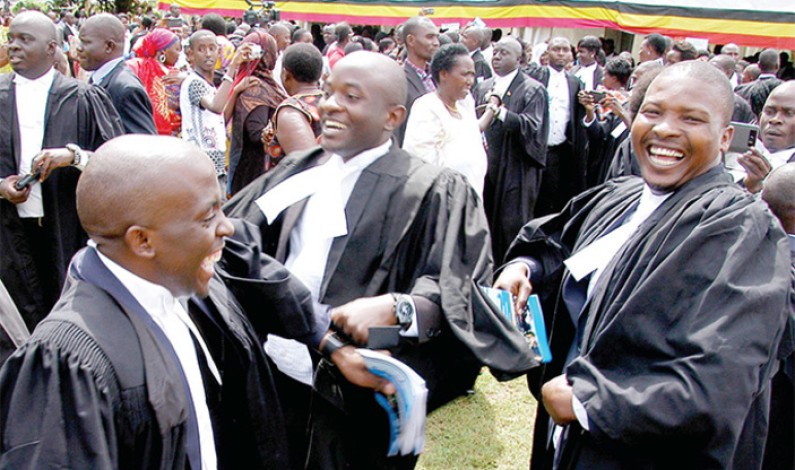 Parliament has approved the scrapping of the pre-entry examinations for the students joining the Law Development Centre. The decision was taken following a report from the Committee on Legal and Parliamentary Affairs based on ministerial policy statements that were submitted by different sectors to the committee including Law Development Center. The committee report noted that […]

Odonga Otto, the Aruu South County Member of Parliament has demanded for measures that will make it difficult for the President to make pledges when the budget has already been passed by Parliament. Otto’s remarks come shortly after the Executive Director to National Planning Authority, Dr.Joseph Muwala told a Parliamentary Committee on Budgets that they […]

Parliament has asked the ministry of foreign affairs to come out with an explanation on what it is doing on the matter of Ugandans who are detained and humiliated in foreign countries. The matter has been presented to the floor of parliament by the MP for Buhweju County in Bushenyi district Francis Mwijukye who claims […]

Aruu County MP in Pader District Odonga Otto has appealed to Government to consider revisiting the  agreement which was signed between Government and private power companies.   According to Otto, the thermal power providers have not honored the agreements signed with the government. Otto says according to the agreement the companies were supposed to generate […]

As Southern Sudan prepares to start off tomorrow as the youngest African state, Aruu County MP Odonga’ Otto has called for the support of the new state by the other East African states. Southern Sudan broke off from the North as a fulfillment of the comprehensive peace deal for the pacification of the South, a […]

Opposition mp Odonga otto that was beaten by Jacob Oulanya of NRM on the post of deputy speaker of parliament has conceded defeat and said he will closely work with his opponent. Otto however says that the public shouldn’t expect much from the opposition side as they cannot do much to check the executive since […]

The mp elect for Budadiri west Nandala Mafabi together with the mp elect for Aru county Odonga otto have written to chief justice Benjamin odoki over the coming election for the speaker and deputy speaker position in parliament. The two are candidates for the two positions but say that they need special attention since they […]

The Member of Parliament for Ndorwa East constituency, Wilfred Nuwagaba has declared his candidature for the office of Deputy Speaker of the 9th parliament. Nuwagaba said that he has adequate reasonable qualifications and experience required for leading the parliament. He says that he has been in parliament and has been forced to stand in order […]