Intern doctors threaten to go on strike over delayed pay 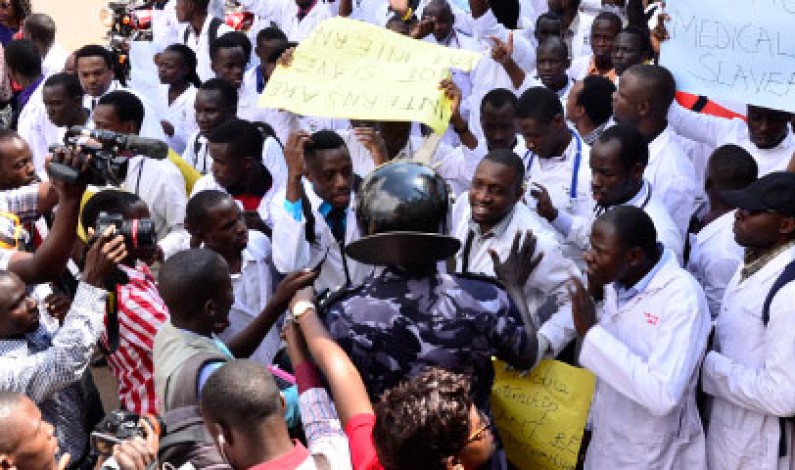 Intern doctors working in several health facilities across the country has threatened to go on strike effective Friday this week after government failing to pay their salaries for the last three months. The President of intern doctors Dr. Faux Kavuma says at the moment they have no interactive because they have anything to eat and also their […]

On my way to Tinmango village, (Kitgum District) this morning, one of the – villages worst hit by nodding disease, we pass a pregnant woman who is walking to the Health Center III. Joseph, the head of the Village Health Team, who is traveling with me, says that the woman will have to walk 17 […]

Following the tremendous increase in the HIV prevalence in the country, Uganda has been forced to launch three anti HIV/AIDS strategies that will help in driving down the high rates of HIV among the populace staring 2011 until 2016. The launched strategies by the vice president, H.E. Edward Kiwanuka Sekandiinclude, the national HIV prevention strategy, Prevention of mother to child transmission of HIV strategy. Speaking at the launch of […]

The Ugandan police has released statistics showing that depression is one of the major causes pushing suicide rates high in Uganda. Statistics from the Uganda police indicate that a significant number of cases registered between January and June 2011. The director criminal investigation department Edward Ochom noted that a total number of 175 cases of […]

As Uganda prepares to mark World International day the government has been challenged to address all areas that have been identified to be dangerous in as far as Aids transmission is concerned. Musa Bungudu, the Country  Director of UNAIDS, the UN body responsible for HIV/AIDS, told a joint press Conference at Parliament that unprotected sex and […]

Health experts have noted the need for all stakeholders to work towards scaling up the number of circumcised men in the country in order to curb HIV infections. Officials from the ministry of Health revealed that the prevalence of safe male circumcision must be increased from the current 25 % to at least 40% to […]

Hospital in Entebbe closed due to load shedding

The Egyptian government is to pay all costs for the operation of a set of conjoined twins at Mulago hospital. The twins who were born early this year have been at Mulago for over three months and were expected to be operated on from there. However, Mulago’s Deputy Executive Director, Dr. Doreen Birabwa says the […]