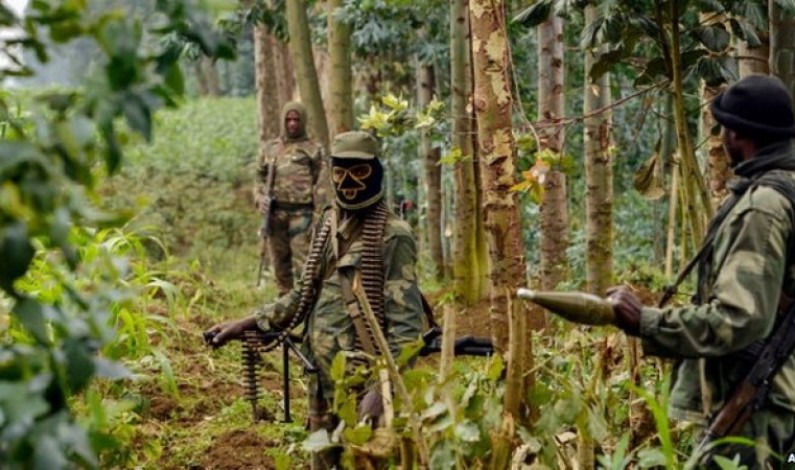 Police in Kanungu have started investigating allegations that the Democratic Forces for the Liberation of Rwanda rebel group based in Congo is abducting Ugandans and demanding for a ransom. According to the information, these rebels usually abduct Ugandans who cross to Congo for business and farming and later they send information demanding for money before their […]

Former Forum for Democratic Change (FDC) President General, Dr. Kizza Besigye has thanked all those people who spent their time and resources at Kira Division in a bid to rescue him from police brutality. Besigye says that hundreds of opposition politicians and supporters who were headed by Kampala Lord Mayor Erias Lukwago, Kyadodno East […]

We have been told by sources in the National Resistance Movement (NRM) that the burial of president Museveni’s father, Amos Kaguta will cost the family and Ugandan taxpayers at large 34 billion shillings. The sources told us that the 34 billion shillings would be spent on accommodating and feeding mourners who will include international […]

‘Pray for me,’ Brigadier Kayanja cries out

He might have all the money and security but Brigadier Elly Kayanja now needs only prayers to survive. He has asked all Ugandans irrespective of their political briefs and religions, to pray for him because he is not feeling well.   The brigadier was admitted at CASE medical centre in Kampala a fort night […]

Oil discovery in Africa: Ugandans wonder whether Museveni is a pathological liar

Ugandans equate president Museveni’s claims of discovering Uganda’s oil to the claims by the European colonialists ‘Sir’ John Hannington Speke is the one who ‘discovered Lake Victoria.’ Uganda citizens and many Africans in general say that it inconceivable that president Museveni, who prides himself in being an avid reader, would somehow be ignorant of the […]

With due respect, Prof George Kanyeihamba’s news article that the speaker of Uganda Parliament Ms Rebecca Kadaga erred in refusing to recall Parliament” published in The Daily Monitor of 3 February, 2013, was as naïve as the reference to Speaker Wapakhabulo’s 1998 ruling on withdrawal of signatures for petitions submitted to the Speaker. For […]

Mao asks Ugandans not to be overtaken by Gen. ‘Tinyefuza’s’ statements

The Democratic Party (DP) is watching Gen. David Sejusa, popularly Gen. David Tinyefuza very carefully. Why? Norbert Mao, who is the DP President General, says that General Tinyenfuza has in the past hoodwinked Ugandans by claiming that he had switched political sides (he had crossed from Uganda’s ruling political party, the National Resistance […]

The Democratic Party president general, Norbert Mao has said that for the last 27 years president Museveni has been trying to sell to him a ‘commodity’ labeled ‘the National Resistance Movement (NRM)’ saying that the product is good for all Ugandans to ‘buy’. “On radio and TV talk shows, in phone calls, emails, […]