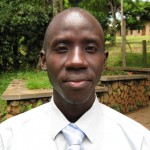 I hear mbu Big Size aka Bebe Cool and his beautiful chana Zuena Kirema will soon be doing collaboration together. I just cannot wait to listen to that song. I never knew that some Ugandan stories can be that amazing not until I heard this Zuena love story.

I swear this is one of the stories that has amazed me so much that sometimes I am tempted to think that this story could do well if it was used to make one of those cowboy movies. I know some of you will refuse to accept this but I was told when I was young mbu kawoboyi taffa atte bwaafa omulambo gwe teguwunya (loosely translated to mean that a cowboy never dies and if by any error he dies then his corpse never smells).

If that principle is anything to go by, then I have no doubt that the Zuena and Bebe Cool’s story is sport on. In the Zuena story obviously we have one that can be likened to a cow boy and that is our dear and only brother Biiiiig size Bebe Cool. If there is anybody that never dies in this world then it is Big is big as he likes to call himself. Even when some fools want him dead, they end up shooting the leg.

I’m told that our brother Big size scooped Zuena from another guy. Mbu during that time, the other guy was still a student and being a student, he had a good relationship with poverty. Big size on the other end was steadily rising through the ranks in the music industry and a celebrity too. Obviously the chana settled for the then successful Big size. However, mbu, the ka guy that had been damped by Zuena soon also joined the music industry and fortunately, with a bang. Mbu that is when Zuena started having second thoughts about him. It was about that same time a song was sung asking “Zuena lwaki tontekka kumizaani, Zueena nopima nolaba akwagala yaani?”

And Big size replied weeping “Agenze, Agenze” and those foolish things of Bambambarabebe Bebe cool ayombye ne Zuena…..Bambambarabebe Zuena agenze nabana………Bambambarabebe Bakiyaye balibira Zuena….. Bambambarababebe Zuena adayo wa Bebe cool”. After that we heard of some cat and mouse chasing between Big Size and his chana however before we could hear enough, the plot got a sudden twist and we now heard the guy claiming mbu “bogolako” after the return of the highly pursued chana. 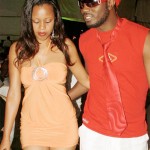 On the other hand, the other ka fellow who was chucked, I hear mbu was trying to seduce Big size’s chana and honestly if I am to tell you what I have heard from the unreliable sources, Big Size’s chana was tempted to go back when another song was sung, “Nyambura bwenali omwavu nombadala nzifunye, lwaki onondola.” Now the storms seems to have settled for our brother Big size and that is why he has the guts to shout at us and tell us “Buli omu awujje kasepiki ke eeh, obuliri abike bubwe eeh…” then he adds “Laba Zuena bwawujja, awujja kasepiki kamunene…” Do you know what happens then, the story for the moment ends there, to be continued as other events unfold.

Don’t you agree with me that that would make the best story for a cow boy movie with a cow boy who was almost murdered with desperate grief during the Zuena departure but like a true cow boy he never died until the grand return of that daughter of a man called Zuena.

However, one aspect I have noted after telling you this story is that bana- Uganda mwagala olugambo (Ugandans, you really love gossiping). I cannot imagine that a smart lady or gentle man like you has been reading this idle gossip of mine. Nevertheless that does not mean you should feel condemned because like the bible says; there is no condemnation for those that are in Christ, I want to say that there is no condemnation for those that read my idle thoughts.