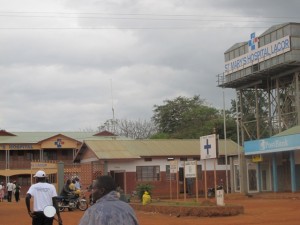 Uganda doctors and other health workers in different parts of the country need to put more efforts in curtailing the spread of HIV/AIDS stigma.

Dr Odong Ayella of St. Mary’s Hospital Lacor says although a lot sucess has been scored in the fight against HIV/AIDS in Uganda, many Ugandans do not clearly understand that HIV/AIDS is a disease that needs constant medication like other illnesses.

Dr. Oyella says many people avoid voluntary HIV testing and counseling because they don’t want to be discovered that they are AIDS patients.

The Doctor says stigmatization stops many people from testing for HIV. He was speaking to journalists in Gulu.

Dr. Oyella says many people die of HIV/AIDS due to stigmatization and fear to be seen taking ARVs drugs. He says Uganda’s ministry of health and leaders need to create more awareness about HIV/AIDS.

Although Uganda has been internationally acclaimed for its fight against HIV/AIDS, the prevalence of HIV has stagnated over the past seven years.