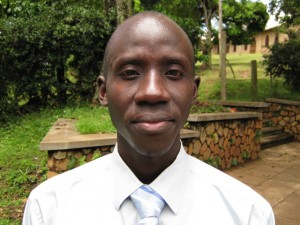 Before I begin telling you the truth, I want to warn all Ugandans that are about to read this crazy stuff that in one of the cultures of this country that we live in, there is a proverb which talks about the truth being bitter. Nonetheless I beg that you do not get offended by the few truths that I am just about to tell you concerning the reasons why there is need for Ugandans to take short courses in toilet etiquette.

If you think I’m crazy for suggesting this, you might be one of those Ugandans that has never had the “opportunity” of visiting a public toilet where one is welcomed into that sacred place by a dry heap of
shit. I swear at one time you can get into a public toilet with such determined gusto to do what a nursery child that has just learnt English would call “pupuling” but the moment you get into the toilet, you immediately loose “appetite” for that so called “pupuling”.

However I do not think that Ugandans need to be blamed for all this stuff that happens in the public toilets. Most of us, by the time we get our first opportunity to use toilets in life it is in most cases-
that is if one is lucky- in our early twenties.

So those of you that contribute to the filth in those toilets it is not that they want to, it is because they can do little or nothing about it. Just imagine a Ugandan who hails from some deep village but due to the forces of coincidence and luck somehow finds his or her bones thrown into a city like Kampala. Most probably the best place such a person has been to for purposes of downloading shit is a mud-walled latrine and obviously the most common one is the bush where such a person uses leaves as dangerous substitutes for what you the civilized ones may want to call toilet paper. So why blame such a guy if all that he does when he gets into a toilet is place his shit in any place in the toilet premises that looks like it can accommodate his shit because that is what is done in the bush.

On the other hand are some of our brothers that have grown up in the city but in places like Makerere Kivulu where there are mobile toilets. By mobile toilets I mean Buveera’s or polythene bags that are used for the noble purpose of answering nature’s call. Then again in such places, they go ahead to use old newspapers as substitutes for toilet paper.

That is why I think rather than blame our innocent Ugandans, we should come up with opportunities such that Ugandans can study about toilet etiquette. Obviously the first topic could be something like “How to
sit on the toilet seat and shit” and many more topics of that nature. We will be surprised at how well things will improve in this area of toilet etiquette.

I am quite certain some of you will dispense my idea as foolish but I do not mind after all every fool is entitled to his opinion and this is just one my opinions.