The United Nation Development Programme has disassociated itself from a Ugandan drug dealer Anne Birungi Biraso that was nabbed trafficking drugs at the Jomo Kenyatta International Airport recently.

This comes after Biraso presented an identity card that showed her to be an employee of the UNDP. 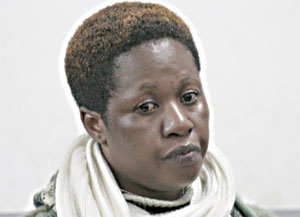 UNDP has said in a press statement that they do not have any employee that has the name of Anne Birungi Biraso and therefore she is not their employee and they were not aware of any of her missions.

UNDP says there have also been a number of similar cases where unscrupulous people have forged official documents of UNDP when they want to use such documents to commit crimes.

UNDP says the public should watch out for such individuals and that UNDP is happy that the police force has managed to arrest some of those unscrupulous people.